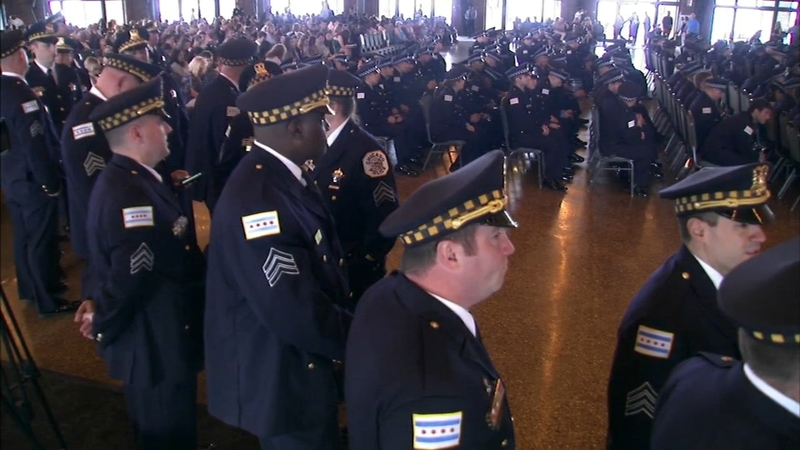 CHICAGO (WLS) -- The Chicago Police Department and Mayor Lori Lightfoot will be celebrating the accomplishments of Chicago officers.

The ceremony comes after a violent Labor Day weekend in Chicago that left seven people killed and another 34 wounded including 15-year-old Davantae Jackson who was scheduled to start high school on Sept. 3.

This new group of officers will continue to help with efforts to curb gun violence in the city, the mayor's office said.

In July, nearly 200 other recruits graduated as sworn in police officers.

With more than 13,000 sworn in officers, the Chicago Police Department currently has the highest staffing level it's had in the past decade, the mayor's office said.