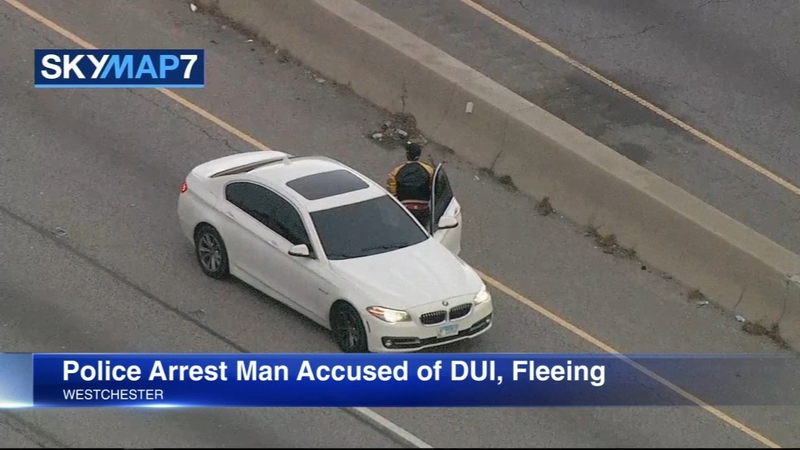 FOREST PARK, Ill. (WLS) -- A man who had allegedly been drinking led police on a chase through the western suburbs Tuesday morning.

Chopper 7 H-D was overhead the scene that started at Des Plaines and Roosevelt in Forest Park.

The man led police through several communities and even got onto the Eisenhower Expressway at one point.

It finally ended when the man ditched his car on the Ike near 25th Street and tried to run off, Gross said.

He was taken into custody in a neighborhood in Westchester.