Police: Charges pending against man firing at officers, crashing on North Side 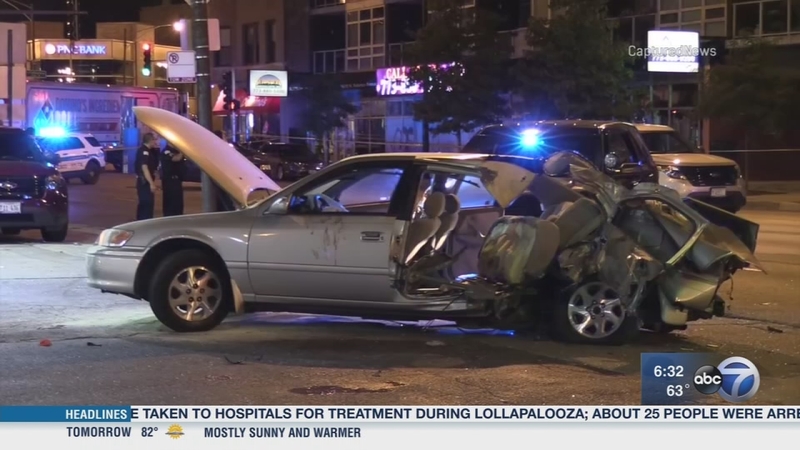 Police: Man in custody after firing at officers, crashing on North Side

CHICAGO (WLS) -- Charges are pending against a man who Chicago police said he fired at officers before crashing during a chase Sunday night.

Police said officers were at the intersection of Grand and Harlem avenues on the border between Chicago and Elmwood Park at about 11:24 p.m. when they observed the man behind the wheel of a silver Toyota driving erratically.

The driver then turned eastbound on Grand Avenue and fired shots in the direction of the officers, at which point police began their pursuit. That chase ended at Ashland and Fullerton avenues where the driver struck a pole as he attempted to make a turn.

"I was inside my office and I came out and before I knew it, all these cops were surrounding the area. Everyone around the fence were just gathered around and cops had their guns drawn to try and get the guy out," said Jaxson, who works security across the street from the crash.

The driver was taken into custody and transported to Illinois Masonic Hospital with what police said were non-life threatening injuries.

An officer was injured at the scene, police said. It is not clear how he was injured. He was treated and released from a local hospital.