WLS
By Jessica D'Onofrio and John Garcia
CHICAGO (WLS) -- Chicago police are investigating a pair of carjackings in the Lincoln Park neighborhood that occurred minutes apart Thursday morning and an armed robbery late Wednesday night in the Lakeview neighborhood.

The city added 200 specialized license plate readers, and that brings the total number of patrol cars equipped with the readers to 300. The city also reports that 126 readers are mounted to poles or used by other city departments.
Report a correction or typo
Related topics:
chicagolincoln parklakeviewwoodlawnchicago crimecarjackingarmed robbery
Copyright © 2020 WLS-TV. All Rights Reserved.
RELATED 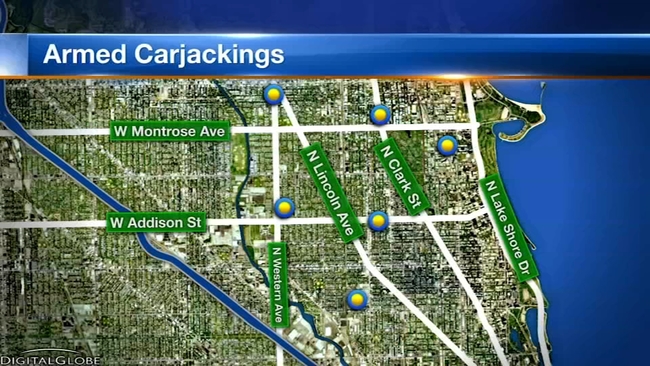