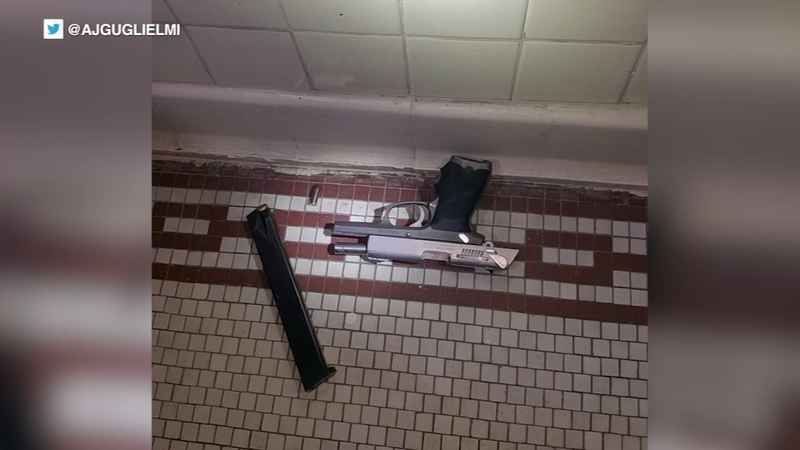 CHICAGO (WLS) -- One person was struck by gunfire from a Chicago police officer in the city's East Chatham neighborhood Wednesday evening, police said.

Patrol Chief Fred Waller said officers approached a group of people on 79th Street between Drexel and Chatham and saw a man with a gun. The man fled through an alley and ran into an apartment building.

Police followed the man up to a third floor apartment. Police said there was a brief struggle, the man left the apartment and the officer fired one shot which struck the man in the neck. The man did not fire at officers.

The man was taken to University of Chicago Trauma Center in serious condition, police said. Police said they recovered a semi-automatic 9 mm gun with an extended clip from the scene.

Police did not release any details about the suspect, and said his age was between 19 and his 20s.