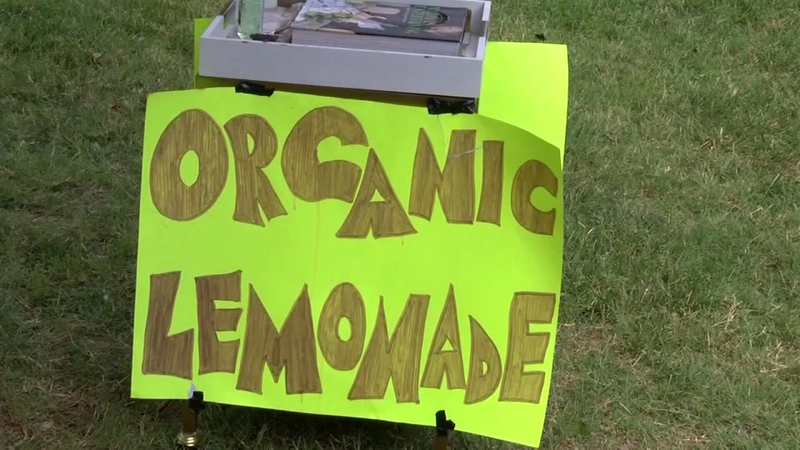 Boy held up while selling lemonade

MONROE, N.C. -- Deputies in North Carolina say they're seeking a teenager who robbed a 9-year-old's lemonade stand at gunpoint.

The Union County Sheriff's Office said Sunday that the stickup happened near a traffic roundabout in Monroe, about 30 miles southeast of Charlotte.

Deputies say the young drink vendor reported that a male teenager with a camouflage hat and black shirt placed a black BB handgun to the boy's stomach Saturday, demanded money and then fled on foot.

The suspect got away with a little less than $20 that the boy was saving to buy a lawnmower.

The child mows the neighbor's yards to make money.

Authorities found a camouflage hat, a black BB handgun and a stolen metal tin in some nearby woods. Deputies believe the suspect left a bicycle in the brush for his getaway.