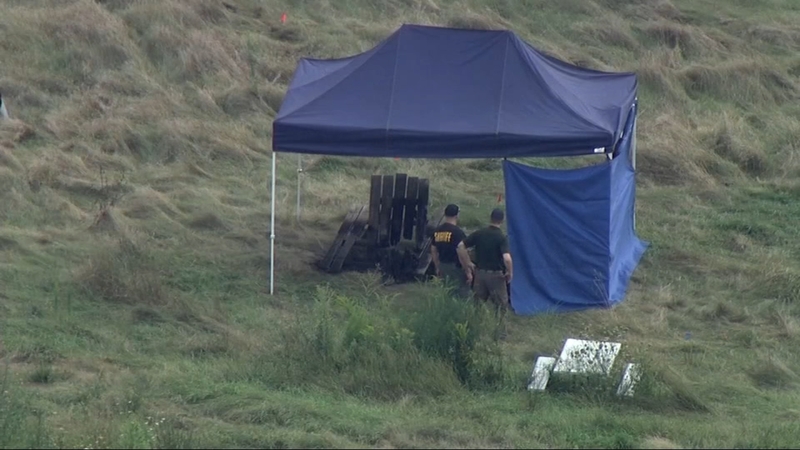 WEST CHICAGO, Ill. (WLS) -- West Chicago police said an investigation is under way after a body was found burning in an empty field.

"There are a lot of people working on this right now to figure out exactly what happened, and we're doing everything we can to make sure we find that out," said Officer Michael Rosenwinkel, West Chicago Police Department.

Police said the body is that of an adult male, but he has not been identified.

"We believe it's a male. We're unable to identify the body right now. There will be an autopsy tomorrow morning," said Chief Michael Uplegger.

Investigators were seen picking through various items in a camping tent not far from the body. It appeared that someone had been living there.

Neighbors said the area where the body was found used to be a farm, but it was bulldozed about a year ago and was in the process of being developed.

"This is really unusual. I mean, it's a very quiet neighborhood. I've been here since 1988, and to have something like this happen here is just unthinkable," said resident Jim Balcerak.

Police said they have no reason to believe there is a threat to the public.

"We don't believe the public is at threat, is in any way in danger. We believe this is a totally isolated incident," Uplegger said.