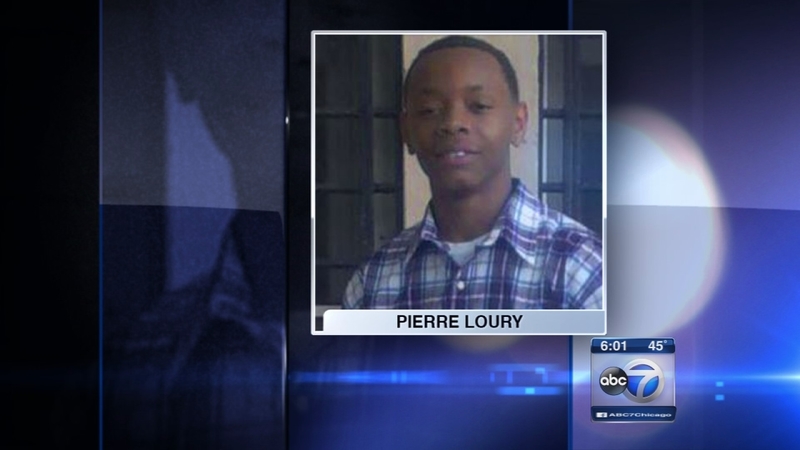 CHICAGO (WLS) -- A 16-year-old boy who was fatally shot by a Chicago police officer following a chase on the city's West Side allegedly pointed a gun at an officer, said John Escalante, deputy superintendent.

The boy was identified as Pierre L. Loury, of the 3600-block of West Grenshaw Street, according to the Cook County Medical Examiner's Office. The office determined that Loury was shot in the chest and ruled his death a homicide.

Loury was shot in the Homan Square neighborhood Monday night. At about 7:40 p.m., Loury was a passenger in a vehicle when police attempted to pull it over near West Grenshaw Street and South Homan Avenue. The car was spotted at a shooting earlier in the day, police said.

"The subject, who is deceased, shot by police, did bail from the car that led to a foot pursuit," Escalante sad. "I believe only one officer actually participated in the foot pursuit."

Police brass said an officer chased Loury before the teen allegedly pointed a gun at the cop. Officers said they found a weapon at the scene, but they would not say if Loury fired any shots at police.

The teen was taken to the hospital, where he was pronounced dead at 8:37 p.m. An autopsy is scheduled Tuesday.

Police vehicle dashcam video and audio were working at the time, police said. However, it's unclear whether the shooting was captured because it happened after a foot chase away from the police vehicle.

Police said Loury had gang ties and a previous record.

The Independent Police Review Authority is investigating. IPRA reports that police-involved shootings are at a nine-year low. This has been the fifth shooting this year, the same as last year. Three of the five shootings have been fatal, compared to no fatals at the same time last year.

The shooting comes at a difficult time for CPS, which has been under fire since the release of dashcam video showing a white police officer shooting Laquan McDonald, a 17-year-old black teenager.