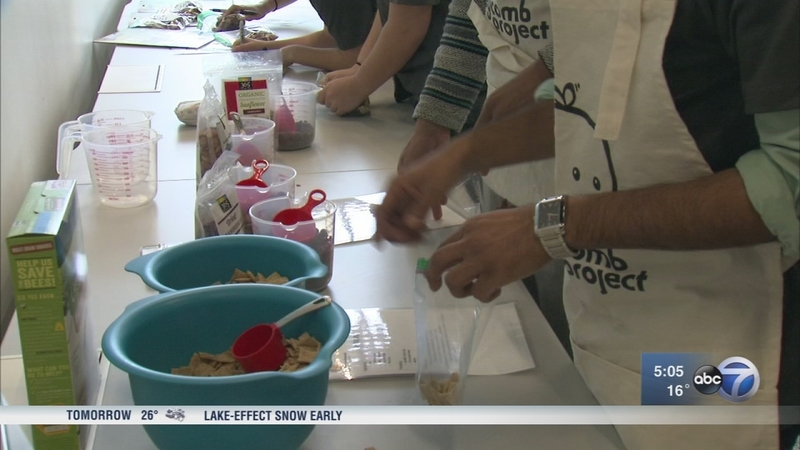 "What makes Trump particularly dangerous - if an ordinary person walked up to you and said, 'You are inferior - I'm white, you're black - that person has a problem. That person has power over you. You have problem. If that person has the power to regulate and deregulate justice and to propose legislation, that's a problem for America," Jackson said.

Jackson, sharing his "State of the State" outlook on civil rights, said Trump attacks the things Dr. King stood for.

"This kind of position is a threat to America. It's a source of shame for America and the humiliation of people of color," Jackson said.

Other politicians also invoked solidarity with immigrants and remarked on race relations.

"If Dr. Martin Luther King were here today, he would give a speech and he would have four words in that speech: We are all dreamers," said U.S. Sen. Dick Durbin, D-Chicago.

Congressman Bobby Rush, D-Chicago, lamented the rise of white nationalism, that he said started as a backlash to the election of President Barack Obama, and has become emboldened under Trump.

"Now under Trump they have become much more electric, much more dangerous and he certainly gives them a lot of comfort because off his racial insensitivities and his racist remarks," Rush said.

But others held onto the hope for change, part of Dr. King's Dream, that they still see as possible if people step of for what King stood for.

The breakfast honors scholarship recipients and focuses on minority students continuing their education.

Monday would have been King's 89th birthday.

Trump called out Sen. Dick Durbin in a tweet: "Deals can't get made when there is no trust! Durbin blew DACA and is hurting our Military."