Chicago to get hit with large property tax hike 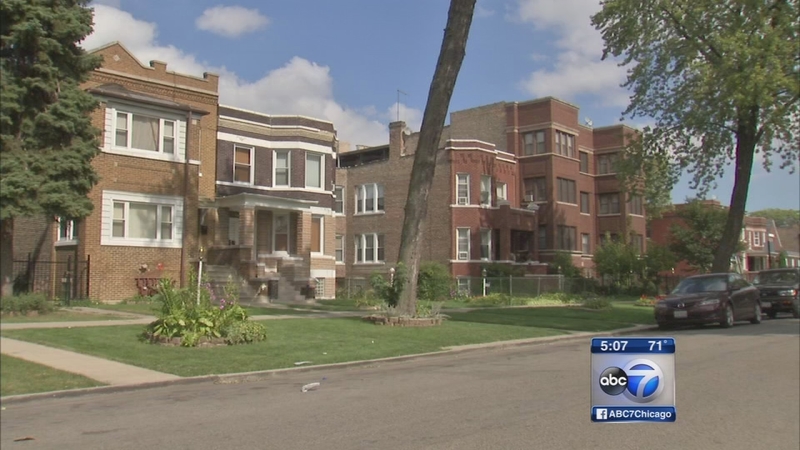 CHICAGO (WLS) -- Chicago Mayor Rahm Emanuel's 2016 budget is expected to include a hike in property taxes to help eliminate billions of dollars of debt. Residents also may face more taxes and fees on garbage collection, sugary drinks and other services.

"We need to include protections for the working families of the city of Chicago," Chicago Alderman Carlos Ramirez-Rosa, 39th Ward, said.

The council's progressive caucus would send low-income homeowners rebate checks for most of the increase if approved. Every other home and commercial property owner would have to pay an even larger share.

The mayor, who will present the budget Tuesday, said the property tax increase with a state-approved exemption for lesser valued properties is needed to pay the unfunded police and firefighter pension debt. The progressives, a minority on the council, would prefer a tax on financial transactions instead of the residential real estate.

"I'm not selling the mayor's tax increase to anybody. That's on him," Chicago Alderman Scott Waguespack, 32nd Ward, said.

Mayor Emanuel did not talk about the budget on Monday, although his office issued a statement that it would outline "a new course for Chicago... All the while holding those residents who can least afford to shoulder the burden harmless."

"I find it mindboggling. I that it's ignoring the most dire crisis we face now in the city," Sharkey said.

The mayor will also propose new fees for city garbage pickup and ride-sharing services, as well as a new tax on e-cigarettes.

The budget must be approved by a majority of the 50 member Chicago City Council.

Some homeowners, landlords and business owners complain they already pay more than other cities in gasoline prices, sales taxes and parking. Chicago's sales tax rate is 10.25 percent, the nation's highest.

"Paying for picking up garbage? That's ridiculous. That's what my taxes are for," said homeowner James Young, 48, who works for a textile company. "Your pay check doesn't increase every time the taxes increase."

The steps would help reverse the city's financial slide but could dent Chicago's reputation for a relatively affordable cost of living. Median home prices in the nation's two larger cities, New York and Los Angeles, are double Chicago's.

While Chicago's property tax rates rank 12th nationwide, which is higher than Los Angeles and New York, the higher property values in those cities mean property owners pay thousands more a year, according to a Lincoln Institute of Land Policy study.

Laurence Msall, executive director of the Civic Federation, a tax and policy research organization, said the key will be persuading Chicago residents that the additional revenue will be used correctly.

"One of the biggest problems is not the tax increase but the reaction to the tax increase," Msall said. "If people don't think we're going to solve things, they will leave."

The city's financial problems have been mounting because of inadequate contributions to the pension system and questionable borrowing, mostly under former Mayor Richard M. Daley.

Chicago has the worst-funded public pension system of any major American city and a budget shortfall of at least $750 million. Illinois' governor, Republican Bruce Rauner, has even suggested that the city school district declare bankruptcy.

Emanuel has cut government costs and sought other ways to raise revenues, such as a bringing casino gambling to the city, but without success.

Emanuel's office has yet to release details of the new tax proposals, which will be presented Tuesday. Aldermen say the property tax hike could be from $450 million to $550 million, or roughly a 60 percent increase in the city's portion of the bill. It could cost a resident with a $250,000 home about $500 more.

Chicago saw property taxes rise in 2008, but the last major increase was in 1987.

The revenue push comes as Emanuel attempts to strike a softer image, conceding during his re-election campaign earlier this year that his bullish style turned off some people. The mayor dropped hints that he'll seek property tax exemptions for low income and elderly residents. But state approval is needed for the tax hike and exemptions.

"We are going to address our challenges, and I think when the governor looks at the whole budget he will see that we didn't leave any stone unturned," Emanuel said. "It is fair, it is equitable. It's progressive."