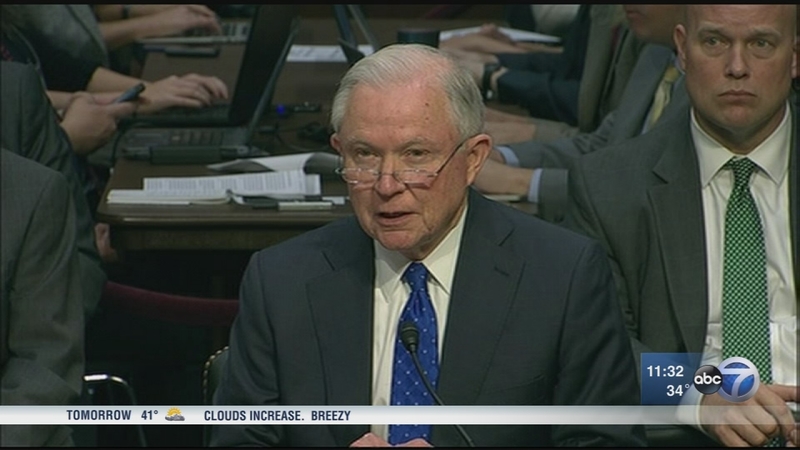 CHICAGO (WLS) -- The city of Chicago was in court Friday, fighting to keep federal funding and its status as a sanctuary city. The Trump administration threatened to pull funding from cities as part of a crackdown on illegal immigration.

Oral arguments concluded late Friday morning at the Dirksen Federal Building in Chicago's Loop. Each side got 20 minutes to argue their case in the Court of Appeals.

Chicago is the first city to sue the U.S. Department of Justice over this issue. The lawsuit claims U.S. Attorney General Jeff Sessions violated the constitution by threatening to withhold millions of dollars in federal grants from sanctuary cities, like Chicago, as part of immigration crackdowns.

The United States argued the attorney general had that right, to impose what they call "special conditions" on those voluntary grants, and the city does not have to necessarily accept the grant.

New regulations require Chicago police to allow immigration agents to have unrestricted access to police stations and to give those agents 48-hour notice before detainees are released, so immigration status can be checked.

The city argues that type of power is illegal, unconstitutional and against the city's principles.

"Mayor Emanuel has been very clear from the beginning of this litigation that our values as a welcoming city are not for sale, and we are not going to be coerced into abandoning those values in exchange for public safety grant funds," said Ed Siskel, City of Chicago Corporation Council.

The city also said this type of law sends the wrong message to the immigrant community - not just in Chicago, but all over the country - in that it implies police are not to be trusted.