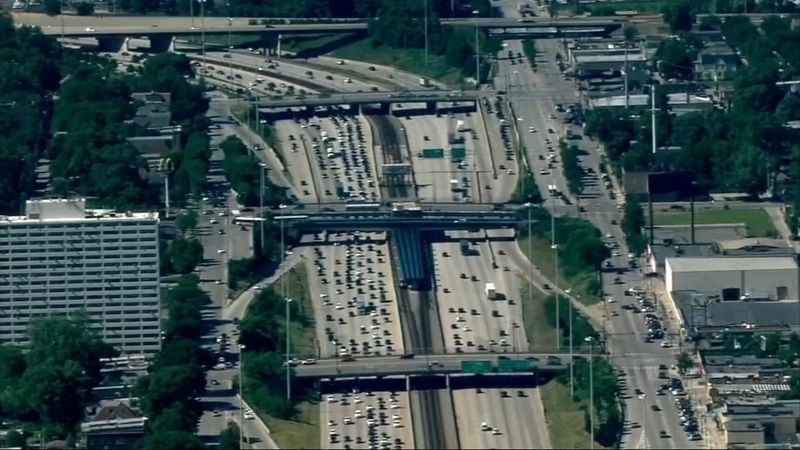 CHICAGO (WLS) -- Young people hoping to curb gun violence camped out Friday night on a Back of the Yards street corner that has seen a lot of it.

The overnight block party featured food, music and a commitment to change.

"We want to make sure that the youth takes back their blocks," said Luis Rafael, a co-organizer of Increase the Peace.

Rafael said he planned to leave the event in the morning and join demonstrators who were planning to shut down the Dan Ryan Expressway to draw attention to a need for more community investment in stopping gun violence.

Mayor Rahm Emanuel, who has been accused of ignoring violence-plagued neighborhoods, came out in support of the march Friday.

Emanuel's statements came a week after Chicago Police Department officials tried to persuade Pfleger to call off the march or move it to a neighborhood street.

After march organizers refused to back down, the city changed its tune. In addition to Emanuel's support, CPD Superintendent Eddie Johnson said he supports the right to protest.

"We support the people's right to demonstrate their First Amendment rights, we support that, so our mission at CPD to make sure individuals protest peacefully and keep them safe," Johnson said.

Johnson said CPD will bring in a few hundred officers on overtime to protect the perimeter of the Dan Ryan, but the expressway itself falls under the jurisdiction of Illinois State Police.
ISP has threatened to arrest protesters who enter the expressway.

"I believe and hope when they see tomorrow morning this is really going to happen, the State Police comes to its senses," Pfleger said.

Pfleger said that if protesters are arrested, dozens of lawyers have volunteered their time to take the cases.

Pfleger said that despite the attention on the march, the real action will come after the expressway reopens. He hopes to see a government office established to bring economic development to the South and West Sides.

The march will take place between 79th to 67th streets in the northbound lanes of the Dan Ryan Expressway. Marchers are scheduled to step off at 10 a.m.
Report a correction or typo
Related topics:
politicschicagoenglewoodback of the yardsprotesteddie johnsongun violencerahm emanuelillinois state policechicago violencechicago police department
Copyright © 2021 WLS-TV. All Rights Reserved.
More Videos
From CNN Newsource affiliates
TOP STORIES