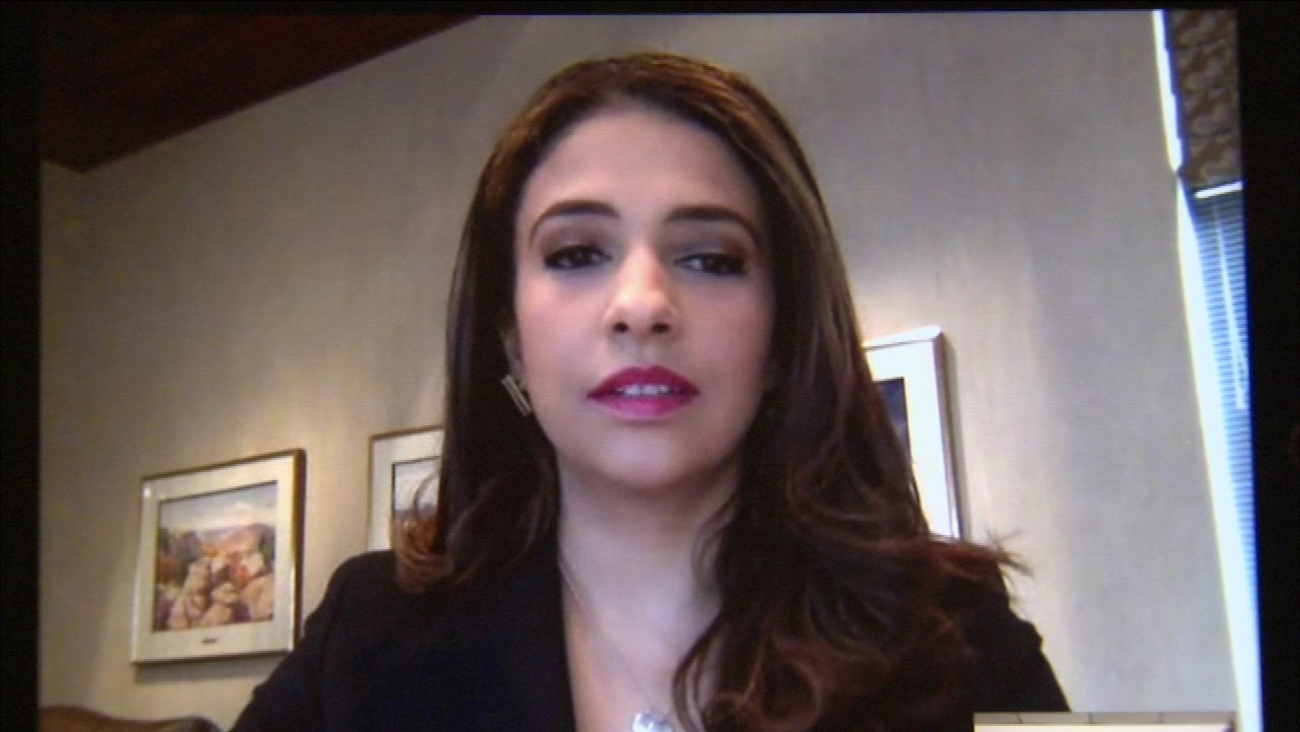 Erika Harold is a candidate for Illinois attorney general.

CHICAGO (WLS) -- Republican attorney general candidate Erika Harold is speaking out for the first time since coming under fire for comments she's accused of making about same-sex couples 18 years ago during a beauty pageant interview.

"I don't remember the specific exchange that was alleged by the anonymous sources," Harold said in her first TV interview since the controversy broke last week. "What I do remember is that at the time I would not have supported same-sex adoption, but what I want to make very clear is my position today, which is I strongly support same-sex adoption and same-sex foster parenting."

Anonymous sources reported that during the 2000 Miss Illinois pageant, Harold said it would be better to place a foster child with a conventional family with an abusive past than to place the child in the home of a stable, same-sex couple.

"I think letting anonymous sources come out and make allegations like that, without putting their names to it so close to an election, doesn't serve the voters well," Harold said. "The other thing that's troubling about it is just two years after the time that this interview occurred, I went on to become Miss Illinois and Miss America, and so nobody has a problem at the time with me representing the organization and being a strong ambassador for it."

Last Friday Harold's primary opponent Gary Grasso called on Harold to apologize and drop out of the race.

"You never choose to put a child in harm's way to be subject to physical abuse, mental abuse, even potential sexual abuse," Grasso said.

"I think that voters will be able to look and realize that we are talking about anonymous allegations made from 20 years ago about something that I'm alleged to have said when I was a college student. And I think that most people realize if they were held to everything they may or may not have said when they were a college student we wouldn't have anybody running for office," Harold said.
Report a correction or typo
Related topics:
politicsprimary electionlgbtqexclusiveattorney generalelection 2018
Copyright © 2021 WLS-TV. All Rights Reserved.
TOP STORIES
New CPD memo threatens discipline for violating city's vaccine mandate
Missing 3-year-old might be with person of interest in WI homicide
Chicago win first WNBA title with 80-74 win over Phoenix
Illinois urges residents to join worldwide earthquake drill
When will mask mandate end? Chicago's top doctor weighs in
NU extends suspension of most fraternity activities amid investigation
National Association for Down Syndrome hosts annual fashion show
Show More
At least 21 shot, 4 fatally, in Chicago weekend violence: CPD
Chicago Weather: Bright sunshine, slightly warmer Monday
Chicago sports bring back some normalcy to city businesses
'Dysfunctional': Chicago's postal delivery under fire at hearing
WI meat market offers candy corn brats just in time for Halloween
More TOP STORIES News