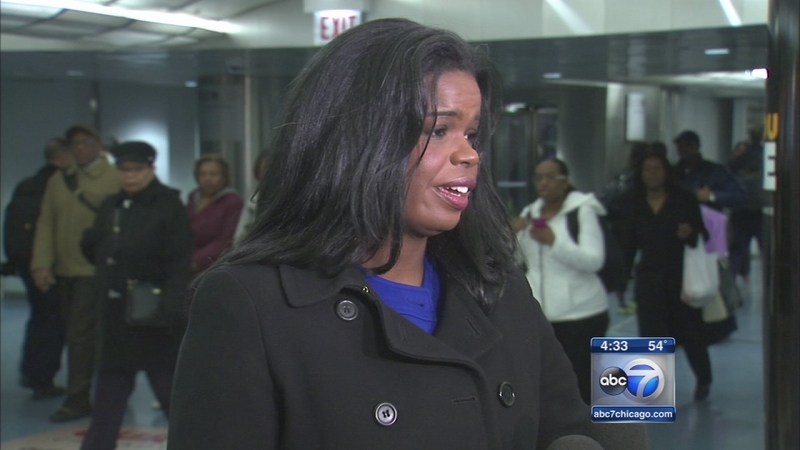 CHICAGO (WLS) -- Voters pushed for months to throw incumbent Cook County State's Attorney Anita Alvarez out of office after the Laquan McDonald investigation. They came out in big numbers to push challenger Kim Foxx to victory.

Many people are saying the McDonald case was Alvarez's undoing. The Chicago teen was shot 16 times in October 2014 by a Chicago police officer.

The shooting was recorded on dash-cam video. The release of that video in November 2015 sparked massive protests in Chicago that gained national attention.

It took Alvarez more than a year to charge Officer Jason Van Dyke in McDonald's murder.

Voters decided Tuesday that was just too long, ousting Alvarez and electing Foxx as their Democratic candidate in the race for Cook County's top prosecutor.

"I have been criticized that I wasn't a very good politician. That's probably right. That's why I stand before you tonight. But I am very damn proud of the fact that I am a good prosecutor. I have been," Alvarez said Tuesday night.

Alvarez said she called Foxx to assure her of a smooth transition and thanked her supporters.

"Obviously, we hoped the results would have been different. But I just want to say I'm proud to stand up here as your state's attorney and I'm very, very proud of the work that I have done in this job. So thank you, thank you," Alvarez said.

Pfannkuche is currently in private practice as an attorney, but was with the State's Attorney's office for 31 years. He has said recent he doesn't like what he's seeing.

"I got angry at the way the office was morphing into something that it wasn't under Anita Alvarez," he said.

Many shared the outrage at how Alvarrez handled the Laquan McDonald case. Activists who organized protests and a voter drive call their campaign victorious, but see more work to do.

Those who organized the #ByeAnita campaign say they didn't endorse any particular candidate. They want to see systemic change and whoever becomes the lead prosecutor for Cook County will be under the same scrutiny and subject to the same protests and campaigns if they do not see the systemic change they are hoping for.

Kim FOxx, the newly elected Democratic candidate for Cook County State's Attorney, spoke to ABC7 about her next steps.

Foxx said she plans to evaluate what the needs of the office are and put together a transition team to tackle the struggles the office is facing, should she win the election in November.

"I think we have an issue of violence here in Cook County that is plaguing neighborhood where children aren't safe to go outside and play. So we need to really be mindful and strategic about how to deal with gun violence in a meaningful and strategic way," Foxx said.

"My oath as the state's attorney is to uphold justice on behalf of the people of Illinois, particularly in Cook County. My reassurance is that I take that oath very seriously. I ran for this office to make sure that we had a criminal justice system people can believe in. That's my duty," Foxx said.

At Millennium Station Wednesday morning, Foxx thanked her supporters and spoke on her plans for change.