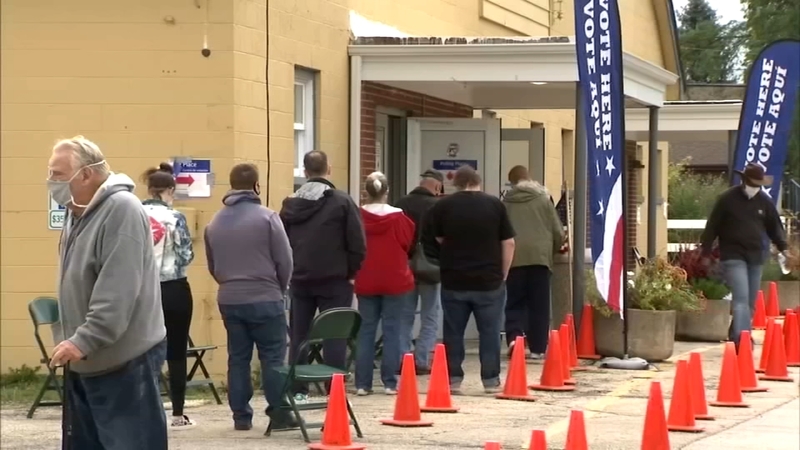 CHICAGO (WLS) -- As election season heats up, a new analysis by the ABC7 Data Team is looking at voter turnout in a different way.

Normally, voter turnout is tracked by looking at how many registered voters show up at the polls. But now, ABC 7 Chicago has found a large number of eligible voters across Chicagoland that hasn't voted in previous elections.

The ABC7 Data Team analyzed voter turnout across Illinois for the 2016 and 2018 elections by looking at the turnout compared to the total number of eligible voters, including people who are eligible but haven't registered to vote.

In 2018, Chicago was home to four out of the five congressional districts in Illinois with the lowest turnout of eligible voters. They are:

"Those are probably the strongest democratic districts in the state, and it reflects on some of the challenges the Democratic Party has as far as getting out the vote," ABC7 political analyst Laura Washington said.

RELATED: Illinois counties with 10% mail-in ballots rejected in 2016 and 2018 US elections

In 2018, the statewide turnout for eligible voters was 50%, higher than in all these districts. ABC 7 Chicago's analysis of data for 2016 suggests a trend. That election year, the 4th congressional district had the lowest number of eligible voters registering and heading to the polls.

By contrast, ABC 7 Chicago's analysis found in the 2018 congressional race that the 6th congressional district had the highest turnout of eligible voters in the state at 61%. In that race this year, U.S. Rep. Sean Casten, D-Downers Grove, is being challenged by Republican Jeanne Ives.

As to why it may be hard to motivate eligible voters, some political experts cite apathy, but say there will be consequences with the completion of the census.