The hair and shoes of each "child" poke out from underneath silver thermal blankets.

The mannequins play recordings of children who have been detained, many whom are heard crying from inside the cage installation.

The realistic mannequins were meant to represent migrant children who have been detained at the US-Mexico border and other centers in the United States, said immigration advocacy group RAICES.

"The horrors at our border and throughout our immigration system are too often ignored by the public and politicians," said Erika Andiola, the chief advocacy officer for RAICES, in a statement. "We're asking people in Iowa and across the country: Don't look away from the terrors enacted in your name."

The timing was targeted to get the attention of voters, as Monday was the day of the Iowa caucuses.

The dozen cages were places outside caucus sites and other prominent places in Des Moines with a sign that read "#DontLookAway."

The image of the cages and the sounds were disturbing to some, as officers responded to multiple calls about the "suspicious structures" Monday morning, Des Moines police told CNN.

They removed eight of the cages from public sidewalks and a park.
"The City of Des Moines enjoys the privilege of hosting and participating in Iowa's 'first in the Nation' caucuses, and has a long history of supporting the expression of differing opinions and accommodating the right to lawful protest," said Des Moines Sgt. Paul Parizek in a statement.

"Keeping with that spirit, the Des Moines Police Department welcomes this piece of the political process, however we would like to request that when placing items to promote political agendas, candidates, or expressions of opinion, please consider not abandoning these items on public sidewalks or other public property."

RAICES said it placed the cages around the city because it wants voters to think about immigration as one of the top issues this election.

"We're doing this because almost no politicians in this country are laser-focused on immigration," the group said in a statement. "While some do far better than others, the horror at our border still goes ignored far too often, absent from the policy debates and statements from elected officials."

This isn't the first time the Texas non-profit has placed "children in cages" in public view.

It placed cages with child-sized mannequins around New York in June to protest the treatment of children at immigration detention centers.

Biden on Iowa caucus performance: 'I took a hit' 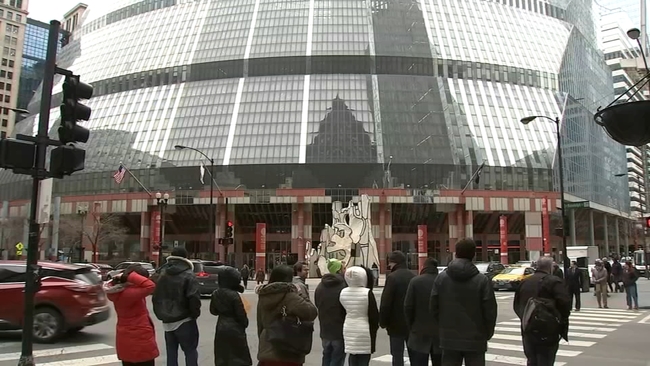