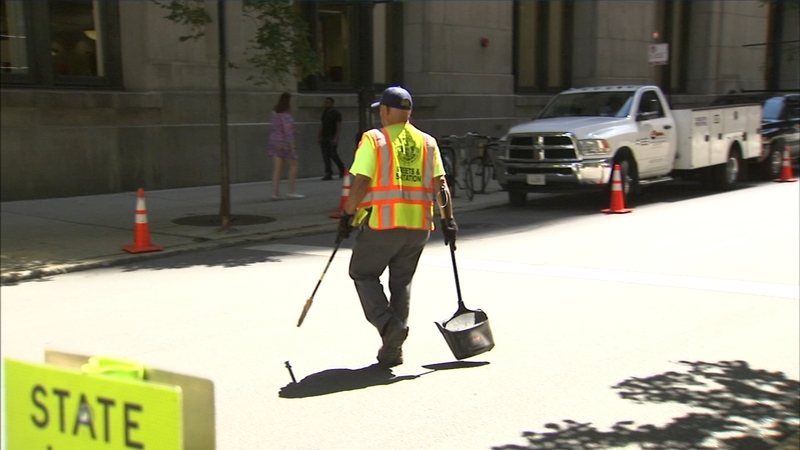 CHICAGO (WLS) -- Mayor Lori Lightfoot has called for a citywide hiring freeze just a week before she's set to deliver a speech about Chicago's budget deficit.

The freeze will affect all city agencies and positions, including the Chicago Police Department.

Lightfoot sent a memo to all city department heads this week, saying the freeze will remain in effect until further notice. Meanwhile, the city's Office of Budget and Management will be taking a hard look at spending priorities.

"These measures are just one part of a broader approach we must take to restore our finances," said Budget Office Director Susie Park.

David Greising, president of watchdog group Better Government Association, said a hiring freeze acts as "an opening move to alert taxpayers that she is being disciplined in terms of the spending side."

Greising said the real question is what the mayor will do on the revenue side.

When Lightfoot was a candidate, she thought Chicago's budget deficit was around $300 million. After taking a closer look at the books, the mayor said the city is actually in the red by about $1 billion.

Lightfoot has mentioned raising taxes on professional fees and increasing the real estate transfer tax on home sales over a million dollars.

"It won't be surprising if she has to raise property taxes," Greising said. "Every bit of fiber as a politician is telling her not to, given the recent years under Emanuel, but that is where all the money is."

Facing new teachers, police and fire contracts, Lightfoot has some tough choices to make that will likely fall on the taxpayers.

The city is conducting an online survey asking Chicago residents to weigh in on the city's budget priorities.