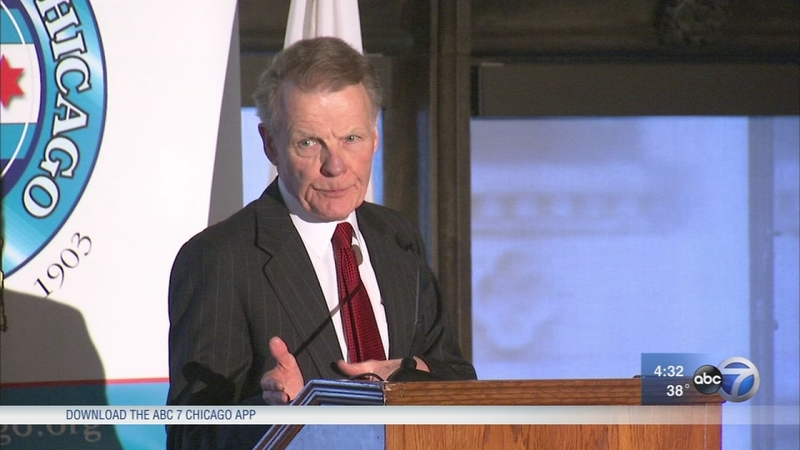 CHICAGO (WLS) -- City council members are moving to expand a sexual harassment ordinance to protect everyone who deals with elected officials and not just city employees. The move comes even as one of their own refuses to talk about the accusations embroiling his own ward office. But the ordinance, which passed out of the Workforce Development Committee Friday is not in response to the recent accusations that led to the firing of Kevin Quinn, a top lieutenant to House Speaker Mike Madigan, who is also the brother of Alderman Marty Quinn.

But now the chairman of the Workforce Development Committee is pushing back against the growing calls for Madigan to step down as chairman of the Illinois Democratic Party.

"If the Allies had pulled Eisenhower out of his position when the troops were landing on Normandy, you would take the head of those forces and throw those forces into disarray," said Alderman. Pat O'Connor, 40th Ward.

Using a war-time analogy to describe Mike Madigan's importance to the party heading into the March 20th primary, O'Connor said now is not the right time for people to be calling for Madigan to step aside. That, despite allegations Madigan tried to cover up complaints by campaign worker Alaina Hampton that her supervisor Kevin Quinn repeatedly sent her texts asking her out and one time even telling her she was "smoking hot".

"I think he should have suspended him or recused himself from it, said look I can't deal with this is my brother, so let's get somebody else to look at this independently," said Attorney Shelly Kulwin.

Under the new ordinance, passed out of committee today, elected officials could be held accountable for permitting sexual harassment- by action or inaction- against anyone they deal with in their official capacity, not just city employees.

"My concern was that unlike other cities employees that can be terminated because of their sexual indiscretions, at most an elected official would get a public reprimand and possible fines from the Board of Ethics," said Alderman Ray Lopez, 15th Ward.

"I think our city council has gone as far as the law allows us to go within our own disciplinary structures," said Alderman Michele Smith, 43rd Ward.