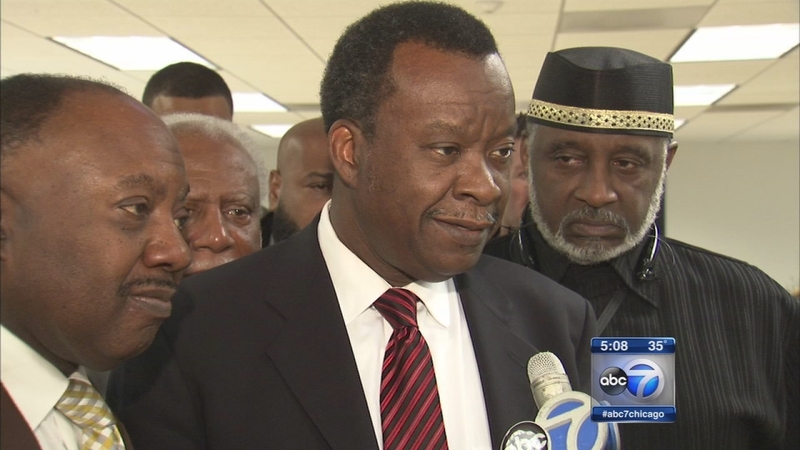 A judge actually threw out one challenge today, but one more remains and it threatens to stop Wilson's campaign for mayor.

Wilson sat among the political lawyers wondering if his appeal to African-American voters had anything to do with Mayor Rahm Emanuel's effort to knock Wilson off the ballot.

"We've been as a people disenfranchised for a long, long time," Wilson said, "and anybody can read in between lines."

"It's a racist ploy to have black objectors against a black candidate that they know will put Rahm Emanuel into a run-off," said Frank Avila, Wilson's attorney.

The mayor's campaign is challenging the 43,000 signatures on Wilson's nominating petitions alleging that 80 percent are fraudulent.

"The matter's in litigation and during that period I'm going to continue my practice of not commenting," said Kasper.

The mayor exited the City Club luncheon through a back door after hearing reporters wanted to ask him about Wilson.

The campaign eventually assigned Ald. Walter Burnett to do its talking. He said he also is a target of bogus petitions collected by Wilson's political director, former state senator Rickey Hendon.

"You don't go and hire somebody who you know is a flim-flam person who goes to get on camera just to make a show," Burnett said.

"They can call me whatever," Hendon countered. "I'm gonna vigorously defend every signature on his filing."

Wilson, with a seventh grade education, was a southern cotton picker before moving to Chicago. He worked his way up at McDonald's from mopping floors to eventually owning nine franchises. He now produces a syndicated gospel music television program and owns a $60 million a year medical supply company.

The hearing officer set evidence deadlines and hearing dates for the remaining objection to Wilson's petitions. The ballot won't be set until mid-January. 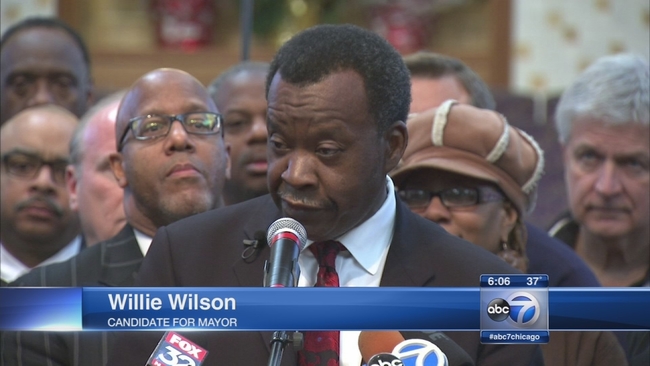