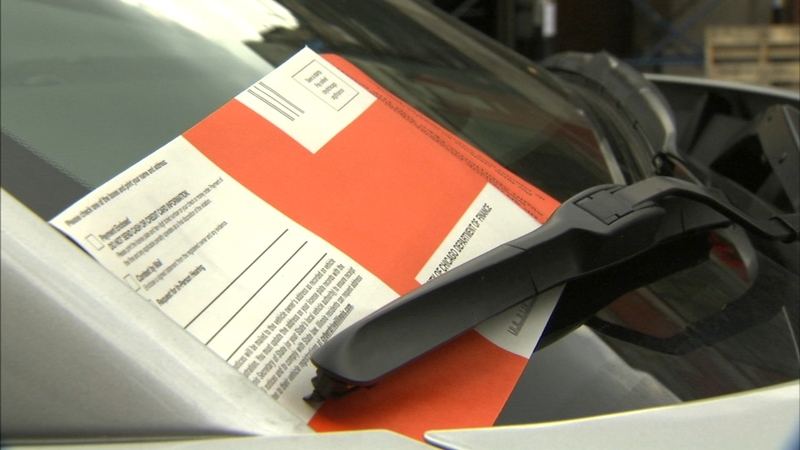 The proposals fulfill a promise she made on the campaign trail to change enforcement practices. The changes would impact tens of thousands of people, and, for many, help them ward off bankruptcy due to ticket debt.

The reforms include eliminating driver's license suspensions for non-driving violations, reducing city sticker penalties and making payment plans more accessible. Lightfoot is also calling for individuals to be able to request a 24-hour extension to pay fines in full or get on a payment plan after having their car booted. Payment plans will also be more affordable.

"The bold reforms we're announcing are designed to be the first step in ending the practices of balancing the budget on the backs of those who can least afford it," said Mayor Lightfoot. "By adopting these reforms Chicago can provide people real pathways and not obstacles to pay their debt while also receiving revenue that may otherwise remain unpaid."

These plans though could mean millions of revenue dollars lost for the city, although the mayor said things should even out.

"Ultimately, it will be net-neutral, meaning that we will not lose revenue," Lightfoot said. "What we've seen is, and I think the clerk talked about this, is lengthy payment plans typically after about three months, people just stop and they don't pay and we have mountains of uncollected debt. We hope that this will spur people to actually get on board and pay their tickets."

Vehicle tickets for parking violations and expired city stickers currently account for $260 million a year in revenue for the city, with the greatest impact being felt by low-income families who can least afford it, according to Mayor Lightfoot.

"Chicago can't afford to continue throwing people in the cycles of debt and poverty due to a few mistakes," she said. "It doesn't make sense to punish people for not paying their fines by taking away their ability to earn a living and pay that fine back."

Lightfoot said about two-thirds of Cook County bankruptcies include vehicle debt to the city of Chicago.

One man who himself accumulated more than $2,000 in ticket debt, and cleared it with the help of a community group, praised the reforms.