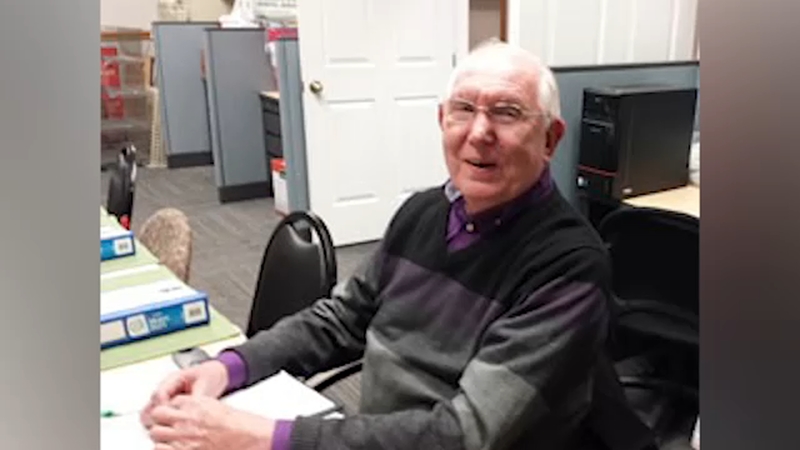 POSEN, Ill. (WLS) -- The 79-year old ex-mayor of Posen was found dead in a bedroom of his Posen home, ABC7's I-Team has learned, after he didn't show up in federal court for sentencing on an embezzling plea.

Police and fire officers along with the FBI found ex-mayor Donald Schupek dead, according to current Posen mayor Frank Podbielniak.

Law enforcement conducted a well-being check at Donald Schupek's home late Thursday morning after Judge Robert Gettleman issued an arrest warrant for the ex-mayor, according to Podbielniak. He said they entered the home through an open kitchen window and discovered him in bed.

Schupek did not appear to have been the victim of a violent crime, according to Mayor Podbielniak, and there were no outward signs of suicide. However, he said the medical examiner is likely to conduct toxicology tests to determine the cause of death.

Schupek was apparently seen Wednesday by a neighbor. He was known to be in regular conversation with his attorney prior to Thursday's scheduled sentencing for embezzling $27,000 in city funds for his personal use, including gambling at Joliet casinos.

Schupek's attorney Domingo Vargas said the death came as a surprise but that Schupek was battling cancer and heart ailments.

Schupek was eligible for up to 10 years in prison, although Mayor Podbielniak told the I-Team that federal prosecutors were going to request 16 months at Thursday's hearing.