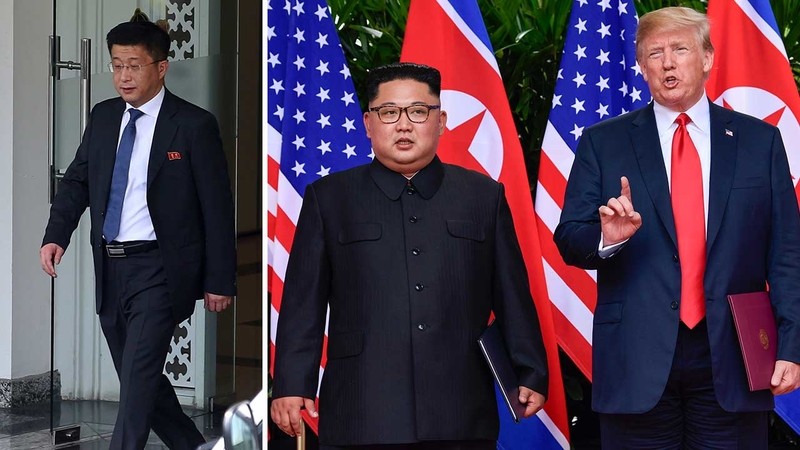 Rep for US affairs, other NK officials executed: reports

A South Korean newspaper reported Friday that North Korea executed a senior envoy involved in nuclear negotiations with the U.S. as well as four other high-level officials. But as ever with North Korea, a country that closely guards its secrets, there are reasons to be cautious about the purported purge.

While North Korea hasn't used its propaganda services to comment, the report in the conservative Chosun Ilbo daily could be true. North Korea has previously executed scapegoats to atone for high-profile political flops, and the most recent summit between leader Kim Jong Un and President Donald Trump ended in failure, leaving Kim embarrassed on the world stage.

But it's important to note that both South Korean media and the government in Seoul have a history of reporting scoops about the inner workings of North Korea that turn out to be wrong. Supposedly executed officials have later appeared trotting alongside Kim on state TV after their reported demise.

Friday's report is based on a single, unidentified "source who knows about North Korea" - with no details about where that source got their information. The report so far hasn't been matched by any major media in Seoul or confirmed by government officials, even anonymously.

The newspaper's source said that senior envoy Kim Hyok Chol was executed at the Mirim airfield with four other officials from the North's Foreign Ministry for betraying Kim Jong Un after being won over by the U.S. Kim Hyok Chol led working-level negotiations as North Korea's special representative for U.S. affairs ahead of February's summit between the U.S. and North Korean leaders in Hanoi.

The source also said that Kim Yong Chol, who had worked as North Korea's top nuclear negotiator and met with Trump at the White House while setting up the summits, was sentenced to hard labor and ideological re-education.

That the report has been snapped up by global media reflects the hunger for any details about what's going on in North Korea as diplomatic efforts falter between Washington and Pyongyang, which tightly controls its media and both local and foreign access to information.

Negotiations have hit a stalemate because the North wants an end to crippling sanctions, but Washington says Pyongyang is not providing enough disarmament to allow that to happen.

There is now growing concern that the diplomacy that has blossomed since early 2018 could be replaced by a return to the animosity that in 2017 caused some of the most realistic fears of war in years as the North staged a string of increasingly powerful weapons and Kim and Trump traded intensely personal threats and insults.

Since the Hanoi nuclear summit ended in failure, North Korea has again tested weapons and boosted its belligerent rhetoric toward American and South Korean officials. Analysts believe this indicates Pyongyang is trying to show displeasure for the current impasse without destroying the diplomacy.

Seoul's spy service said it could not confirm Friday's report, while the presidential Blue House said that "it's inappropriate to make hasty judgments or comments."

U.S. Secretary of State Mike Pompeo told reporters in Berlin that he had seen the reports and the U.S. was "doing our best to check it out."

Pyongyang's official Rodong Sinmun newspaper on Thursday called out unspecified "betrayers, turncoats who demonstrate their loyalty to (the supreme leadership) only in words, and, even worse, change their colors by the flow of trends" and said they would come under the "stern judgment of the revolution."

"To pretend to serve the suryong while dreaming different dreams when turning around is to commit anti-party and anti-revolutionary actions that abandon the moral loyalty for the suryong," the newspaper said, referring to a revered title reserved for North Korean leaders.

If Friday's report is wrong, it would not be the first time for South Korean media and officials.

In 2013, the Chosun Ilbo reported that Hyon Song Wol, a famous North Korean artist the newspaper described as Kim's "ex-girlfriend," was executed in public along with several other performers over accusations that they filmed themselves having sex and selling the videos.

Hyon, the leader of Kim's hand-picked Moranbong all-female band, was very much alive and later emerged as a key member of Kim's government, accompanying him in his meetings with Trump and South Korean President Moon Jae-in.

South Korea does sometimes get it right.

While many questioned the competence of the South Korean spy service after it failed to learn of the 2011 death of Kim's father, Kim Jong Il, before Pyongyang's state TV announced it, the intelligence agency saved face in 2013 by releasing its finding that Kim's powerful uncle, Jang Song Thaek, was purged, days before North Korea announced his execution.
Report a correction or typo
Related topics:
politicsnuclear weaponssouth koreaexecutionu.s. & worldnorth korea
Copyright © 2021 by The Associated Press. All Rights Reserved.
NORTH KOREA 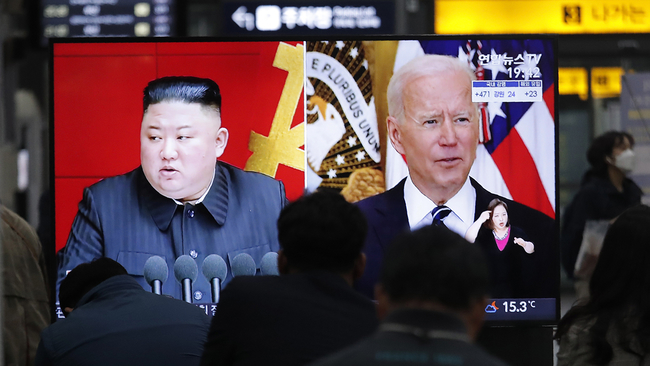 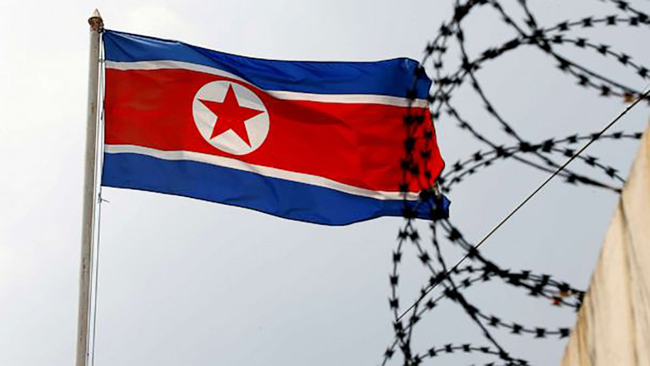 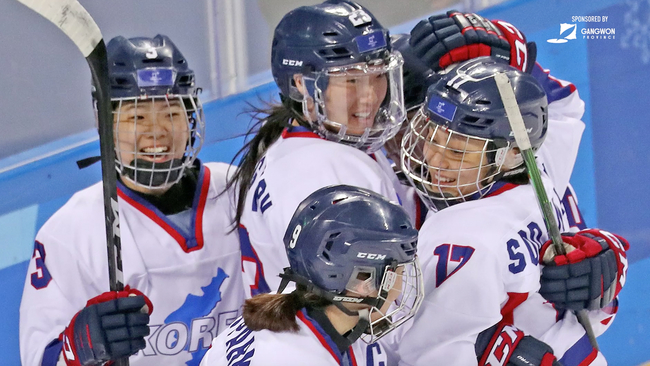 Bringing peace to North and South Korea could start with sports. 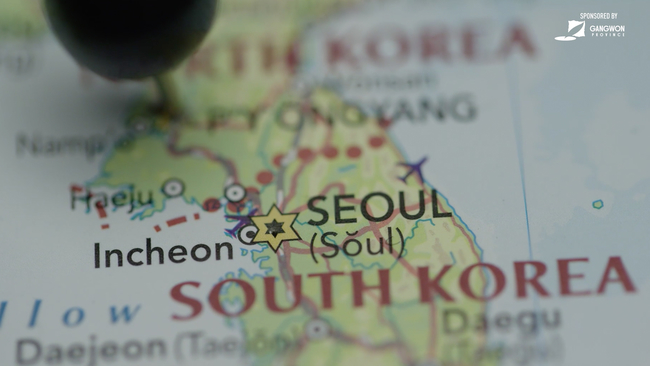