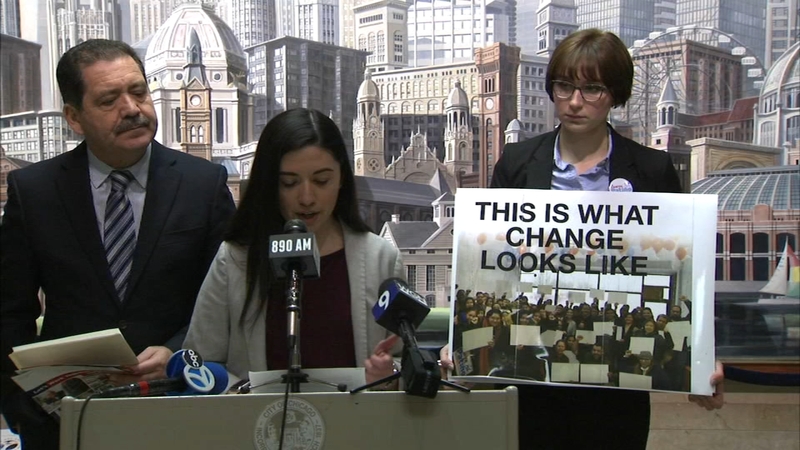 With a ward that is majority Hispanic and an alderman facing a federal extortion charge, Jamie Guzman and Tanya Patino see an opening after 50 years to oust Alderman Ed Burke in the 14th Ward.

Patino is backed by Congressman Chuy Garcia and his growing coalition on the Southwest Side. Garcia stood with Patino as they accused Burke of racism on Monday.

"It's disgusting to see an alderman charged with attempted extortion is resorting to racists tactics to win more votes," Patino said.

What Patino and Garcia find racist is a Burke mailer they say was distributed to several white 14th Ward precincts. It shows Patino, Garcia and several Latino supporters with the caption," this is what change looks like."

"The slogan represented is a clear racial appeal that sought to divide the city for political gain," U.S. Rep Garcia said.

While Guzman is up against Burke's multi-million dollar campaign war chest and the Chuy Garcia coalition, the Chicago Tribune and Sun-Times endorsed candidate is confident he can force Burke into a run off.

"I'm of the opinion if you have strong people approach to doing this, then you can counter whatever money is coming in any campaign," Guzman said.