Cochran was set to plead guilty last November, but changed his mind. A trial date was set, but Cochran changed it again and entered a plea, despite some reservations in court. He became the 30th alderman since 1972 to be convicted of public corruption.

Cochran had no comment after pleading guilty to one count of wire fraud as he left court Thursday morning. In a written statement through his attorney, Cochran said he is happy the federal government agreed to drop the bribery and extortion charges, the most serious, as part of the plea.

Prosecutors said Cochran stole thousands of dollars from a charity he founded to help seniors and children and used the money to pay for his daughter's tuition, home expenses and gambling at an Indiana Casino.

Elected in 2007, the former Chicago police officer is the third alderman in the 20th Ward to be convicted of corruption. The ward's corrupt history is not lost on the two women who hope to become the next alderman. Candidates Jeanette Taylor and Nicole Johnson say having the community hold them accountable is the key to staying out of legal trouble.

"It's an opportunity for us to have a clean slate for us to clean house in the 20th Ward and be in a position to rebuild trust," Johnson said.

"I'm grateful for the examples of what not to do and I know going forward it's my job to work with the community," Taylor said.

But the candidates differ on whether Mayor Rahm Emanuel should appoint Cochran's replacement until Taylor or Johnson is sworn in at the end of May.

"The potholes won't stop, the trash won't stop. People need the services of that office, they should appoint somebody," Taylor said.

But Johnson said it's too risky: "To put someone in there to make decisions the next alderman will have to deal with or undo....can do more harm than good."

At this point, Mayor Emanuel has not said whether he plans to name a replacement.

Cochran faces 12 to 18 months in prison, compared to over 10 years if he been convicted on all the original charges. 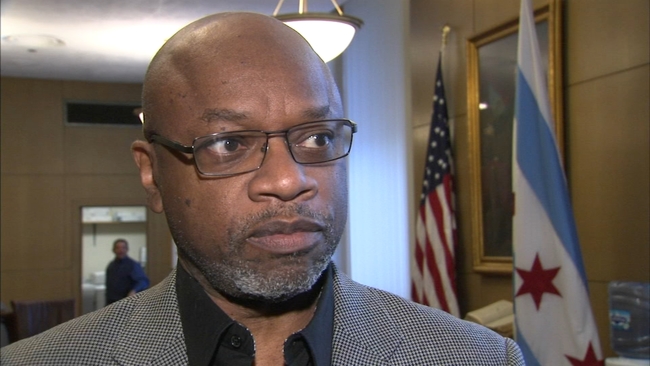