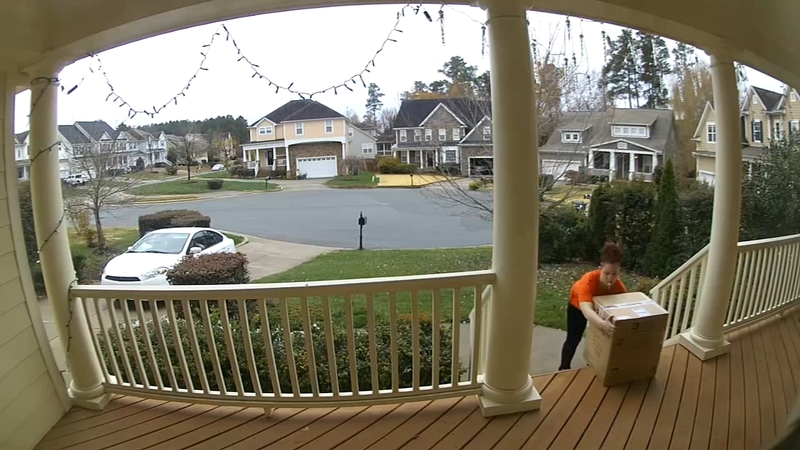 'Tis the season. Porch pirates are out for your treasure.

Security video caught a white car pulling into a Morrisville driveway on Nov. 27. A woman then gets out of the passenger seat, while another person stays behind the wheel of the car.

The woman walks up to the porch, looking around the cul de sac to see if anyone is watching her. She then places some type of cigarette into her mouth and lifts a large box off the front porch. She slips the box into the back of the car, and the thieves drive off.

The family who lives in the house said it happened about five minutes after FedEx dropped the package off. They said they thought the porch pirates were actually following the delivery truck and picking off multiple packages.

Earlier this year, a research group found that nearly 40 percent of Americans have had packages stolen from their porch. Of those, only 11 percent said the porch pirate was caught.