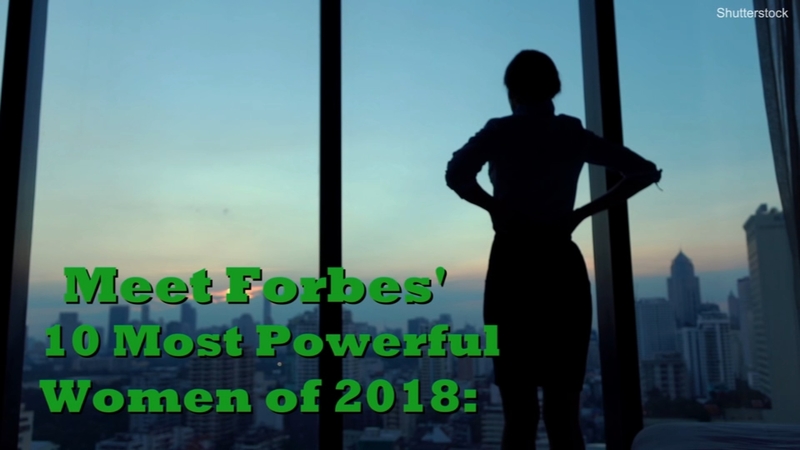 Forbes' ranking of The World's 100 Most Powerful Women of 2018 was released Tuesday, with German Chancellor Angela Merkel retaining the top spot for the 8th year in a row.

The 100 honorees hold roles in business, technology, finance, media and entertainment, politics and policy, and philanthropy. The list spans more than six generations of influential women, with Taylor Swift as the youngest honoree at 28 and Queen Elizabeth II the oldest at 92.

Watch the video in the player above to see Forbes' Top 10 Most Powerful Women of 2018.

Noticeably absent from this year's ranking was Hillary Clinton, who did not make the list for the first time since its inception in 2004.

In total, Forbes calculated that the women included on this year's list control or influence nearly $2 trillion in revenues and oversee 5 million employees.