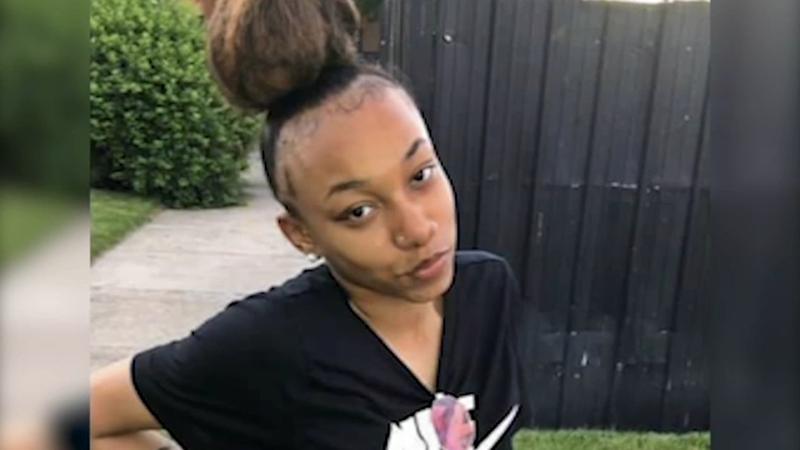 Church remembers Treja Kelley, 18, after fatal shooting in Back of the Yards; shooter still at large

CHICAGO (WLS) -- The church where 18-year-old Treja Kelley grew up on Chicago's South Side is mourning her loss after the pregnant woman was fatally shot while walking home last weekend.

A special prayer on Sunday honored the memory of Kelley, who was a deacon's daughter at Apostolic House of Prayer in the Back of the Yards neighborhood.

Kelley was walking home from her job as a cashier last Sunday night when she was shot and killed. She had just graduated from UIC College Prep and was three months pregnant.

RELATED: 18-year-old pregnant woman fatally shot in Back of the Yards, testified as witness in cousin's murder weeks prior

According to police, Kelley was targeted by a gunman who emerged from an alley near 52nd Street and Peoria Street. She was shot three times in the head.

No one has been arrested, but detectives are looking at the possibility that this may have been an act of retaliation.

Three months ago, Kelley was the key witness at a murder trial and testified against 30-year-old Deonte Davis, who's now convicted of killing her cousin Christopher Fields three years ago. He died, shielding her from the gunfire.

"I don't understand, you know, why so many of my family are being taken. This is the third one," said Judy Fields, Kelley's grandmother.

Memories of a recent roller skating party Kelley attended were shared by her church family on Sunday, as well as a desire for people to know that the woman was working hard to make her dreams come true.

"She wanted to major in medicine," Bell said. "There was so much potential and so much future for her. It's just sad it was taken from her at such an early age."