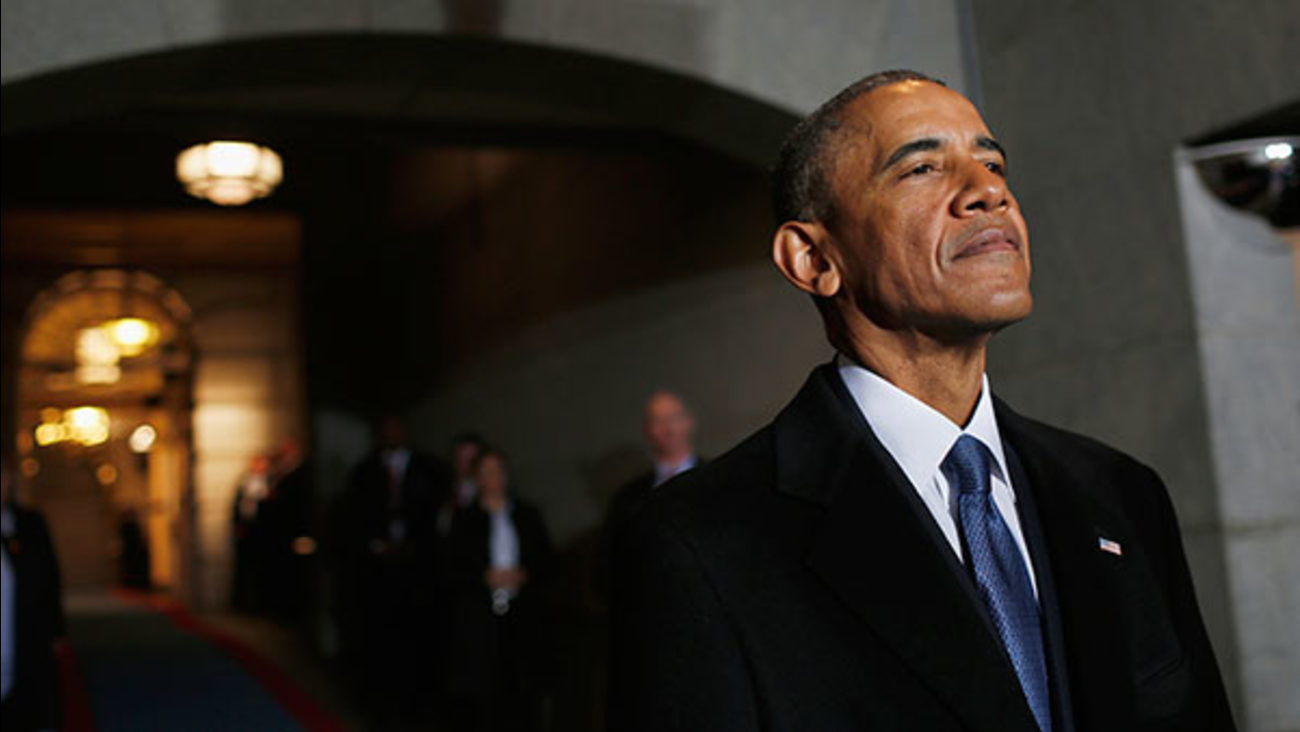 President Barack Obama arrives on the West Front of the U.S. Capitol on January 20, 2017 in Washington, DC. (Win McNamee/Getty Images)

CHICAGO (WLS) -- Former President Barack Obama hasn't been out of office very long, but one state representative wants to ensure that his name is not forgotten by Illinois motorists.

"Renaming I-55 for President Barack Obama would not only be an honor for America's 44th president, but it will be the right measure we should approve for Illinois' very own state Senator and U.S. Senator," said Ford. This would be one of many highways and byways that will be named for Barack Obama, so it is only right that Illinois be at the forefront of the many actions that will rename streets and highways for President Obama."

There is a bill in Springfield that would designate I-294 as the "President Barack Obama Tollway," but no action has been taken on it since it was filed last month.
Related topics:
trafficillinoispresident barack obamahighways
Copyright © 2022 WLS-TV. All Rights Reserved.
TOP STORIES
Meat Loaf, 'Bat Out of Hell' rock superstar, dies at 74
Some IL lawmakers seek to repeal recently-passed criminal justice bill
Man shot by U of C police officer called 911, said he was armed: court
Man, 57, killed in Edison Park hit-and-run: CPD
American Airlines flight turned around over maskless passenger
Rittenhouse asks for gun seized during arrest to be returned
IL locations of the Center for COVID Control to remain closed
Show More
Illinois reports 23,246 new COVID cases, 198 deaths
Reporter hit by car on live television, but continued reporting
How Chicago police use ShotSpotter technology to help fight crime
Chicago Weather: Sunny, cold Friday
McConnell: Black people vote at similar rates to 'Americans'
More TOP STORIES News