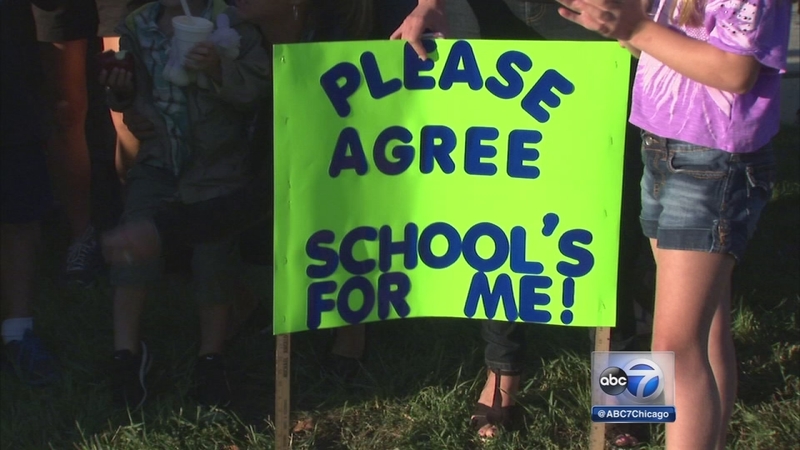 The union's membership met for 90 minutes before rejecting the proposal, a PHEA news release said.

More than 1,500 students have missed six days of school since the strike began.

"It was a very emotional meeting," said Bob Miller, president of the PHEA. "Every PHEA member wants to get back to school with our students. However, the offer was inadequate in meeting our primary goals."

The PHEA said in their rejection of the offer they took issue with the wage gap that still existed, the cap on potential earnings for advanced degrees, and committee work that takes teachers out of class time.

While the board's proposal didn't completely satisfy the union's salary expectations, it met them partway. The original three-year offer was extended to four years. Pay increases for teachers making less than $90,000 a year ranged from 3.75 percent to 3.25 percent, depending on the year.

For working parents, who have spent six school days trying to make childcare arrangements for their kids, a deal between both parties can't come soon enough.

"It's been hectic, arranging for him to be with me at work or staying at home, which didn't work out so well. He's bored, and I'm frustrated. All the mothers are frustrated," said Ruth Gelfand, a Prospect Heights parent.