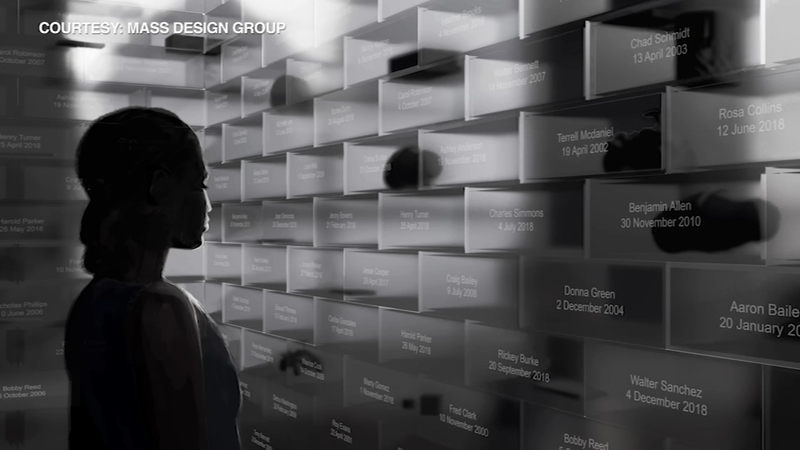 CHICAGO -- People who have lost children or other family members to gun violence are being asked to contribute to a new memorial being installed in Chicago.

Each person is asked to give one object that represents the loved one they lost.

The new memorial will be dedicated during this year's Chicago Architecture Biennial.

"These kids have dreams, they have a lot of plans for their lives and someone comes and takes their dreams away," said Israel Aragon, who lost his son to gun violence.

The Aragons are letting go to try and save others.

The Aragons found their son's list of life goals tucked in his bible. That list and his headphones will soon fill a glass brick in The Gun Violence Memorial Project.

"They deserve to be here and now we are their voices," said Irma Aragon.

Monday the Aragons are among relatives who brought mementos to St. Sabina where bricks will create four life size buildings made up of 700 bricks. Each brick will represent how many people are killed each week in the U.S. from gun violence.

Mass Design Group made the design and is working with Purpose Over Pain.

"People feel hopeless and helpless. This will hopefully building their confidence and encourage people to help," said Pam Bosley with Purpose Over Pain.

Tuesday and Wednesday the Project will be on the Westside to collection items for this Memorial that debuts in Chicago but will move to Washington D.C.

"People are losing their lives every day because of their access to firearms and we need to address it as a country," said Michael Murphy with Mass Design Group.