Parents accuse R. Kelly of holding women against their will 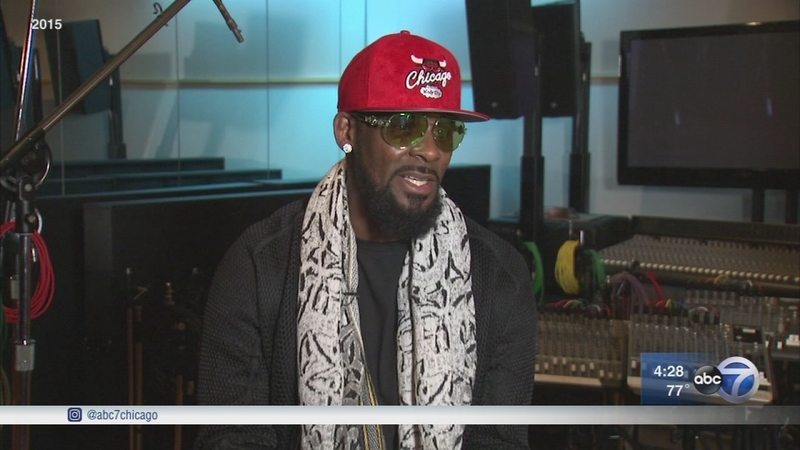 Parents accuse R. Kelly of holding women against their will

CHICAGO (WLS) -- The parents of several women are accusing singer R. Kelly of holding women against their will, according to a report from BuzzFeed.

The allegations were published Monday in a BuzzFeed News report.

One of the police departments that checked on a young woman with Kelly said they found no evidence of a crime, and instead this is a case of a mother who needs to come to grips with the fact that her daughter doesn't want to be bothered. But others remain deeply troubled by what they believe is happening.

In a 2015 with ABC7 Eyewitness News' Janet Davies, R. Kelly spoke about a mentor that helped him achieve success as a singer. With his success has come ugly allegations. Now he is accused of controlling and abusing young women who live with him.

The allegations were outlined in a BuzzFeed News report by Chicago music critic Jim DeRogatis.

"I think it's stomach churning. I'll tell you the most disturbing part of it, besides these women being possibly in peril, is that the entertainment industry continues to, as the kids say, co-sign R. Kelly," DeRogatis said.

In December, a concerned mother called Johns Creek Police Department in Georgia, alleging Kelly "is controlling her daughter and a part of a cult." No one was at the home at the time of the check.

In January, Cook County Sheriffs did a well-being check in which "the parents related that they were concerned that their daughter was being held against her will, along with another young lady." At the West Loop visit, officers "related that she was fine and did not want to be bothered by her parents."

DeRogatis interviewed those parents, as well as the parents of another young woman and three women who allegedly had been part of Kelly's inner circle.

"They must turn and face the wall whenever a male friend comes into the room, and their cell phones are taken from them so they cannot contact friends and family. They are told how to pleasure him sexually in encounters that he records," DeRogatis said were some of the allegations they made.

R. Kelly has had legal issues amid his Grammy winning career. In 2002 he was charged with child pornography, for which he was acquitted. There have been several other cases settled out of court against R. Kelly involving sex with underage girls. Susan Loggins represented many of those girls, now young women.

"I'm a mom of a 16-year-old. Would I want my daughter in this set of circumstances when she was 18? No way. Would I be disgusted, unhappy and try to do anything to get her out of it? Yes. But is it illegal? No," she said.

Kelly's attorney responded to the allegations, saying, "Mr. Robert Kelly is both alarmed and disturbed at the recent revelations attributed to him. Mr. Kelly unequivocally denies such allegations and will work diligently and forcibly to pursue his accusers and clear his name."