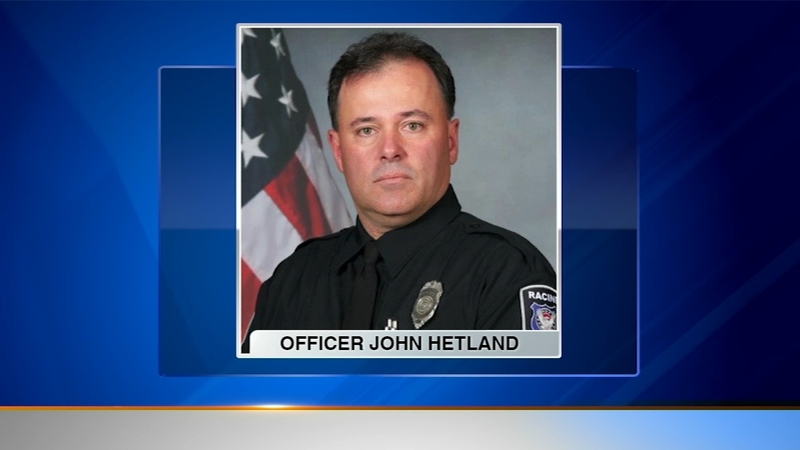 RACINE, Wis. (WLS) -- A manhunt is underway in Wisconsin after an off-duty Racine police officer was shot and killed Monday night. A $25,000 reward is being offered for anyone with information that will lead authorities to the shooter.

Officer John Hetland, 49, was shot while trying to disarm a robber in Teezers Bar in the 1900-block of Lathrop around 9:40 p.m. Monday.
EMBED More News Videos

At a press conference Monday afternoon, Kenosha Sheriff Daivd Beth addressed the media on the latest investigation after an off-duty officer was killed.

The 24-year-veteran was off-duty after his shift when he saw the robbery taking place, police said. He jumped into action and tried to stop the suspect and save others. The suspect opened fire, shooting Hetland just one time in the chest.

"Last night in Racine, we lost one of our superheroes," Kenosha County Sheriff David Beth said. 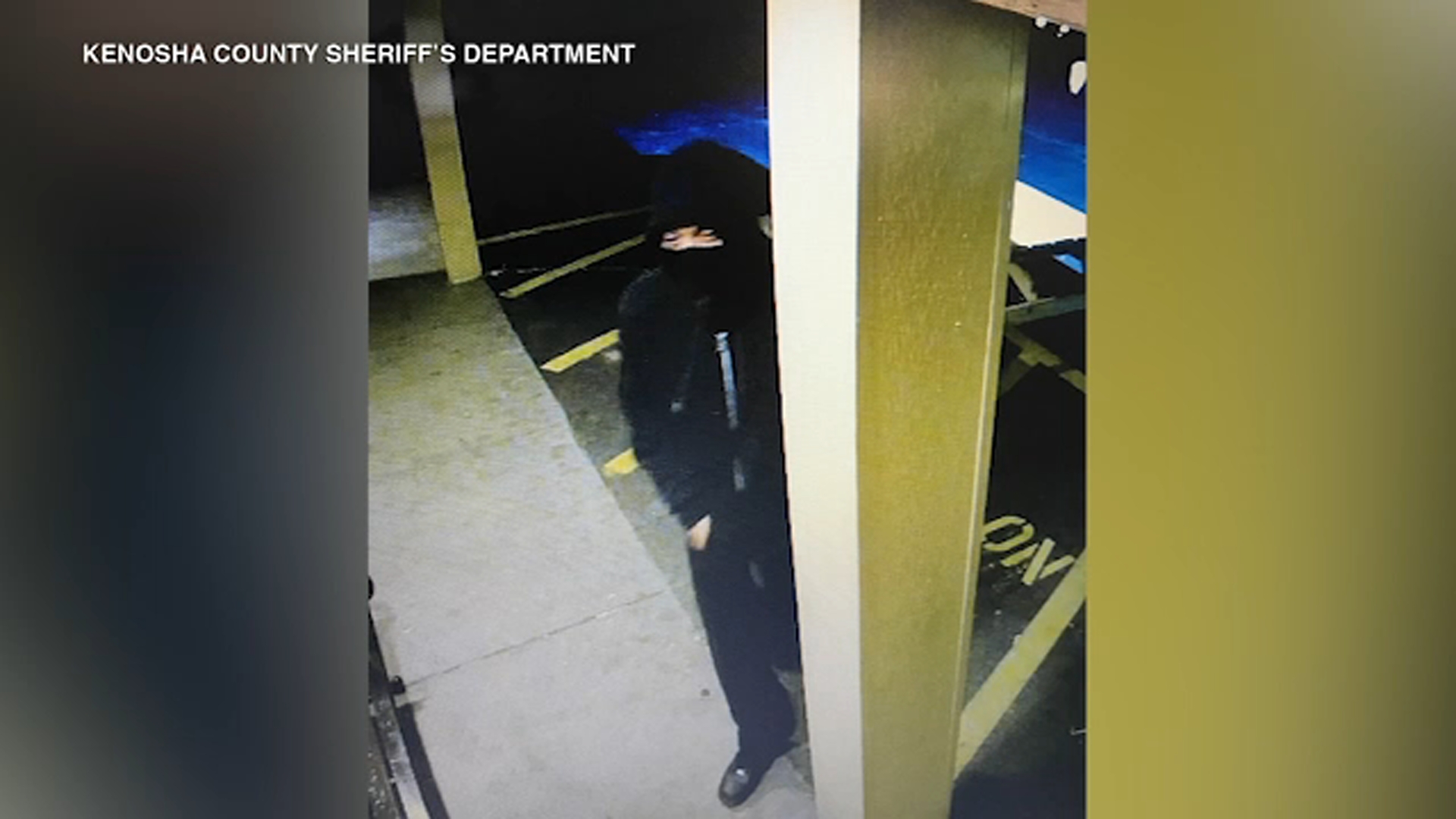 The Kenosha County Sheriff's Department on Tuesday released an image of the suspect caught on surveillance video. He can be seen wearing a black hoodie and black mask covering his face.

City of Racine Mayor Cory Mason said it's been over four decades since a Racine officer was killed in the line of duty, though he is the fifth officer in southeastern Wisconsin to die in the past year.

Racine Mayor Cory Mason said it's been over four decades since a Racine officer was killed in the line of duty.

The investigation is still very much ongoing inside the bar, and residents said they just want the violence to stop.

"My heart goes out to John's family because see he is a true hero," Racine resident Monica Bruce said. "I mean, who knows what could've happened. Who knows how much worse it could've been."

A long procession escorted Hetland's body to the medical examiner's office in Milwaukee Monday morning. Mayor Mason has ordered flags be flown at half staff until Hetland is laid to rest.

Officer Hetland served in many departments within the agency, including as a field training officer and a member of the Greater Racine FBI Gang Task Force. He is survived by his wife and two children.

Some residents say however area violence is only on the increase. The death of the father of two came the same night a Milwaukee officer died on his way home after his shift.

"It is sad," Racine resident Nicole Thiel said. "Too many killings here. People, you know, just trying to have a good time and can't even do that anymore around here."