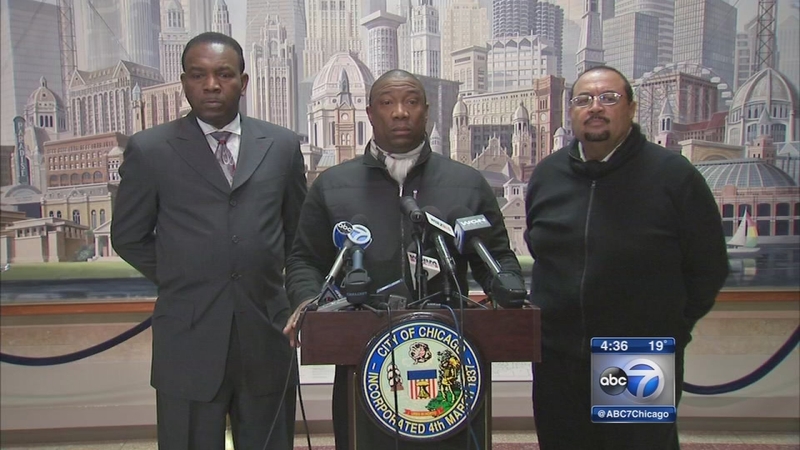 CHICAGO (WLS) -- A group of Chicago ministers is trying to build support for an upcoming protest.

The ministers want other community leaders to do the same. They've spoken to 50 church leaders and the event's keynote speaker about the boycott and their reasons for not coming to the table with the mayor.

The pastors said 50-60 ministers throughout the city will not attend this year's version of the mayor's interfaith breakfast, alleging that Mayor Emanuel had a role in covering up the Laquan McDonald police shooting.

"We don't think that a kumbaya breakfast at this moment is the time that we should be at the table with our mayor," said Bishop James Duke, Liberation Christian Center.

"It would be a shame for us as ministers to provide mayor Emanuel political cover that he would desire," said Pastor Ira Ackree, Greater St. John Bible Church.

Pastor Corey Brooks tweeted Monday that he plans to join the boycott.

"Joining The Boycott" I officially WILL NOT be attending the Mayor's MLK Breakfast and I pray that all my Pastoral Friends do the same.

"The Martin Luther King breakfast is not about me," said Mayor Emanuel. "It's about Dr. King."

"Some of the ministers are boycotting it?" said Ald. Carrie Austin, 34th Ward. "Then you don't stand behind Martin Luther King. It doesn't have anything to do with Rahm Emanuel."

The MLK Breakfast tradition was created in the 1980s by Chicago's first African American mayor, the late Harold Washington. It has become controversial in recent years. Activist priest Father Michael Pfleger has avoided such events, writing on his Facebook page, "King was my mentor and I'm tired of having him pimped!"

The ministers who announced the boycott also vowed to demonstrate at the event, which attracts politicians, business and civic leaders and many television news cameras.

"Dr. King was an advocate for the poor," said Rev. Acree. "He was not an agent for the elite."

The breakfast will be held at 8 a.m. Friday, the 87th anniversary of King's birthday, at the Hyatt Regency at McCormick Place. The ministers said at a press conference outside City Hall Wednesday they will try to make sure no one gets inside. Other activists have also announced their own plans to demonstrate outside of the breakfast.