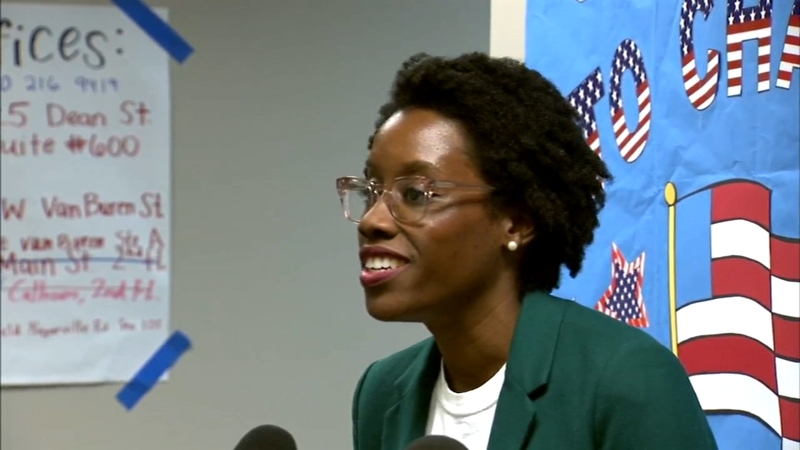 Hultgren said that Underwood's campaign ads falsely claim that she worked with patients as a nurse.

"To me, posturing as a practicing nurse when in reality that's not what you are or what you've done is a real concern. I think voters have the right to know the truth, to know what someone has really done and if you look at Underwood's own resume, you look through line by line, there is no time in her career it appears she could have worked under the eyes of patients," Hultgren said.

Underwood crisscrossed her district, stopping in all seven counties in the 14th District Monday. In St. Charles she thanked volunteers and answered the accusations she misrepresented who she is.

"This is what career politicians do when the polls show they're slipping," she said.

"Looking into patients' eyes, that's what she said. There's nothing on her resume to say that she's done that," he said. "She's been twisting it, with the stethoscope, with the scrubs on, in a dentist's office."

Underwood left her event in St. Charles without taking questions, but a spokesperson said she's licensed as a nurse in Illinois, Maryland and Washington, D.C. According to the Illinois Department of Financial and Professional Regulation, Underwood's nursing license is active.

She's worked for years in public policy, but in a statement Underwood said she has spent thousands of hours with patients and, "Our voters deserve better than desperate political stunts from a career politician."

"It's been an honor to be able to walk into individual patients' rooms," she said. "The fact that they would stoop that low on the eve of an election... to me reflects on his character."

"She's worked as a bureaucrat. She's worked in Washington D.C. for the last decade," Hultgren said.