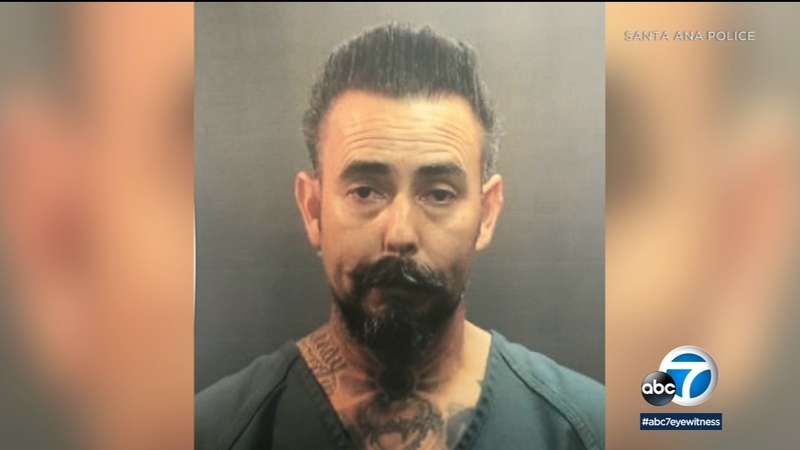 SANTA ANA, Calif. -- In a groundbreaking development, a DNA sample from a close female relative helped lead to the Oct. 4 arrest of a man suspected in the 2012 kidnapping and brutal rape of a 6-year-old girl in Santa Ana, California, authorities said Tuesday.

Francisco Javier Lopez, a 45-year-old Montebello resident, has been charged with 12 felony counts in the case, according to the Orange County District Attorney's Office. The charges include four sentencing enhancements of causing bodily injury to a child under 14 and aggravated kidnapping,

The incident occurred on July 15, 2012, when the victim was "kidnapped in broad daylight" while playing with a friend in front of the apartment where she lived, Santa Ana Police Chief David Valentin said at a Tuesday news conference.

Lopez allegedly forced the girl into a gray Honda Civic and drove to a parking lot where he "brutally sexually assaulted her," Valentin said. According to the police chief, the suspect then drove the child to a school in her neighborhood, where she was "essentially dumped out of the car."

Police and DA's Office officials on Tuesday revealed that DNA samples collected as part of the investigation were submitted to a statewide database, and requests for possible matches were made on a yearly basis until 2018.

That's when a DNA sample from a female relative of Lopez, which had been placed into the database in 2014 after she pleaded guilty in an unrelated case, was matched with his.

The relative's sample had languished in the system for several years because California did not have the ability to analyze female familial DNA until last year, District Attorney Todd Spitzer said.

The use of that type of DNA match to solve a crime was a first for Orange County, and only the second time in the state's history, Valentin said.

According to a statistic displayed in a visual graphic at the news conference, 46 percent of inmates have a close relative with a history of incarceration.

"When you just think about a 6-year-old who's kidnapped off the street, taken to a different location and brutally sexually assaulted -- it just boggles the mind," Spitzer said. "It disturbs the community for many years.

"And you can tell by the way the Santa Ana Police Department continued to submit these samples: they wanted to solve this crime."