The Disney Channel actress and former "View" co-host introduced the world to her wife via Instagram.
OTRC
Raven-Symoné announced she married Miranda Maday in a private ceremony via Instagram on Thursday.

"I got married to a woman who understands me from trigger to joy, from breakfast to midnight snack, from stage to home," the 34-year-old actress captioned her Instagram post. "I love you Mrs. Pearman-Maday!"

The former "View" co-host, whose full name is Raven-Symoné Christina Pearman, tied the knot with Maday in an intimate ceremony this week.

In a separate Instagram post depicting the home where the wedding photo was taken, Symoné said, "Thank you to all those who helped and for those who understand why it was small during this time."

The actress tagged only a handful of people in the post, including "Grey's Anatomy" actress and choreographer Debbie Allen.

We’re sending a huge congratulations to our friend @ravensymone for announcing she just got married! ❤️ pic.twitter.com/75vjr42iqk

The former child actress remained private about her personal life and sexual identity throughout her years on "The Cosby Show" and "That's So Raven," but spoke publicly on her sexuality in 2013 when the U.S. Supreme Court deemed the federal Defense of Marriage Act, which defined marriage as a union between a man and woman, unconstitutional.

Elle Fanning, Nicholas Hoult on the raunch and heart of 'The Great' 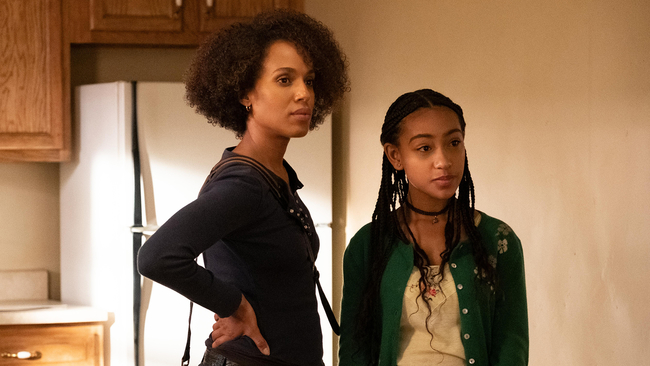