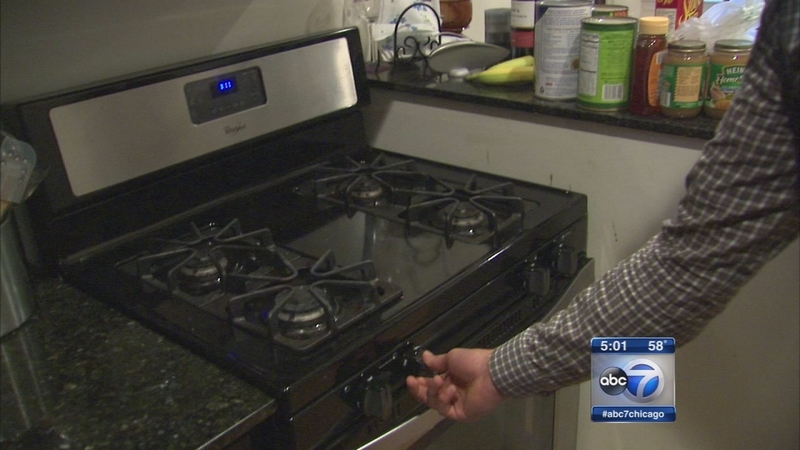 CHICAGO (WLS) -- Cody Vinci and Krissy Chmiel were looking forward to hosting their first Thanksgiving dinner together as an engaged couple.

The Ravenswood residents shopped for all the fixin's and planned to cook for their friends. However, plans were foiled when the natural gas for cooking was shut off for part of their Ravenswood apartment.

Thursday morning, they turned the stove on and nothing, no gas.

"At 9:30 a.m., we got an e-maiI saying the cooking gas was out and wouldn't be restored until next Tuesday," Vinci said.

"Our technicians found that the building's contractors had left unsafe conditions on the natural gas equipment," said Jennifer Block, a Peoples Gas spokeswoman.

According to Peoples Gas, the building owner had its own contractor installing new meters. The equipment was damaged which caused the leaks. To make it safe, Peoples Gas turned off the cooking gas for several residents until the gas company could fix the problem.

Until then, the turkey was in the fridge Thursday evening. And it was football and carry-out for Vinci and Chmiel.

"We were scrambling to figure out what to do. Unfortunately, without gas not much we can do," Vinci said.

Peoples restored gas for heating and water, but the company said cooking gas should be back on by hopefully Friday night as they plan to fix the damage all day on Friday.