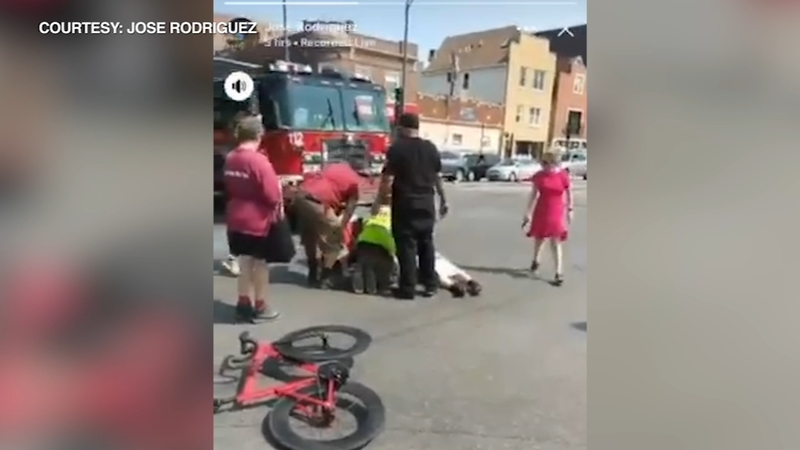 CHICAGO (WLS) -- Police are searching for the driver of a dark-colored SUV involved in a hit-and-run that left a 17-year-old bicyclist critically injured on Chicago's North Side Thursday afternoon.

Chicago police said the boy was hit while riding a bike near the intersection of North Western Avenue and West Montrose Avenue in the city's Ravenswood neighborhood.

The teen was traveling southbound on Western at around 3:10 p.m. when a dark-colored Lexus SUV struck the bicyclist. Police said the driver was making a left-hand turn onto Montrose and didn't stop. The driver left the area without rendering aid to the bicyclist, police said. 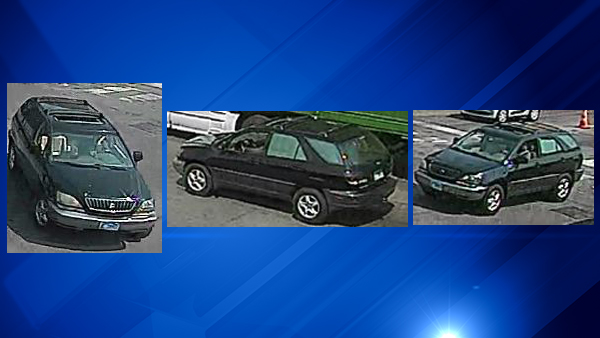 Chicago police released these images of the vehicle involved in a hit-and-run that critically injured a bicyclist in Ravenswood Thursday.

"He wasn't saying anything. He was more of, like gasping," said Darrell Sims, a witness who tried to help. "I was telling him just, breathe, be calm, help is on the way."

Sims said other people tried to chase down the driver involved in the crash.
The teen was taken to Illinois Masonic Medical Center in critical condition, police said.

"It was a traumatic situation," said Jose Rodriguez, a witness. "It's not something that you see every day and not something I care to ever see again."

Rodriguez captured the aftermath of the hit-and-run on social media, showing several people surrounding the boy and calling for help.

"He had a gash on his head so bad that you can see his skull and he was also kind of choking on his own blood," Rodriguez said.

Police hope the surveillance images will help lead them to the driver responsible for the crash. They said the car suffered damage to the passenger rear door window.

Authorities ask that anyone with information about the collision contact police.