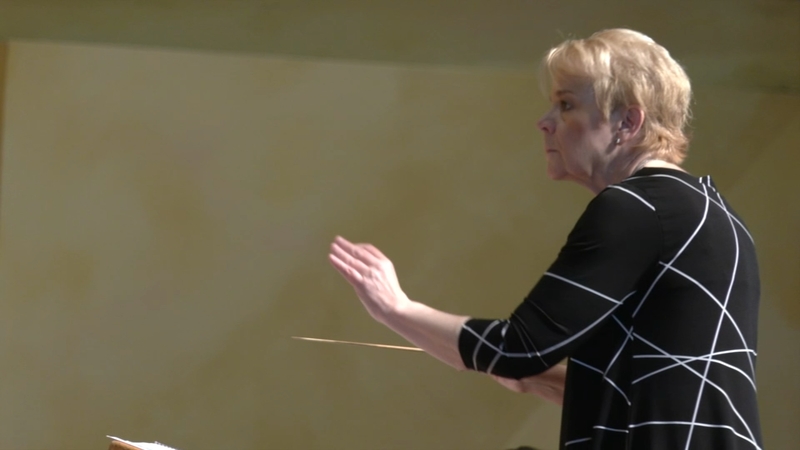 HIGHLAND PARK, Ill. (WLS) -- The Chicago Symphony Orchestra is preparing to debut a new conductor as they play their first concert in more than a year at Ravinia.

Marin Alsop, the first woman to ever direct a major American orchestra, joins the CSO after 14 years as music director and conductor of the Baltimore Symphony Orchestra. She's also broken barriers internationally.

"It wasn't my intention to be the first to do anything. It just so happens that there aren't many women on the podiums of the world," Alsop said.

Greatness doesn't just happen by accident, however. This is something she manifested at a young age.

"My dad took me to a concert and the conductor was so cool, and handsome, and hip, and having fun, and I said, oh I want to be him," she recalled.

Now she'll bring her own style to Ravinia Festival, starting Friday night at eight in the same place she made her orchestra debut 19 years ago. With her comes the return of an audience; people will be sitting in pods and capacity is limited to 60 percent.