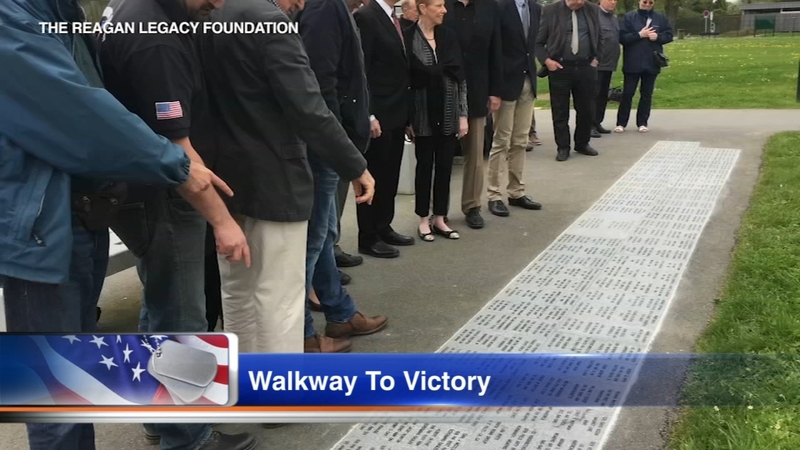 Michael Reagan is the president of the Reagan Legacy Foundation. He is also the son of former President Ronald Reagan.

The foundation will honor veterans with the Walkway To Victory project on Nov. 11 at the Airborne Museum in Sainte Meire Eglise, Normandy, France.

Engraved bricks with individual names of living and deceased veterans who served during World War II were laid to create a permanent walkway. This walkway connects the four buildings that make up the Airborne Museum, which stands at the same spot where the first hours of the D-Day invasion occurred.

"Any World War II veteran. We want to remember them all. It's so important because as we come up on Veterans Day, it's the 101st anniversary of Veterans Day, we need to remember these people because they were willing to give up their lives so that we could be free," Reagan said. "And so this is a great way to remember those veterans in this way with a brick."

The walkway officially opened on June 6, 2018 on the 74th anniversary of D Day. Individual bricks commemorating those who served are available to anyone who would like to honor and remember a veteran. The personalized brick can be placed on the walkway with a donation of $250. There is also an option for a five line engraved brick for $500.

"And by the way, any profits from the brick go to the scholarship program that we've set up for the USS Ronald Reagan that we've had now for about 18 years," Reagan said.