CHICAGO (WLS) -- Another three red light tickets were thrown out Tuesday thanks to the efforts of individuals lobbying the city to either scrap or reform the system.

Barnet Fagel calls himself the "red light doctor". He's a self-proclaimed video forensic specialist who has come to argue a handful of tickets. He has helped about 100 motorists try to appeal their tickets to an administrative law judge.

Fagel was joined Tuesday morning by members of Citizens to Abolish Red Light Cameras, a grassroots organization that contends the traffic law enforcement system has always been corrupt and unsafe.

"The city has reported that red light cameras have reduced t-bone accidents by 30-percent," said Mark Wallace of Citizens to Abolish Red Light Cameras. "What they didn't tell you is they increased rear-end collisions by almost 45-percent."

Many of the red light cameras that have been ticketing motorists have yellow lights lasting fewer than three seconds - lower than the federal standard, Fagel said.

The city said it has no plans to change the length of yellow lights in Chicago.
Related topics:
cook countyred light cameras
Copyright © 2021 WLS-TV. All Rights Reserved.
RELATED 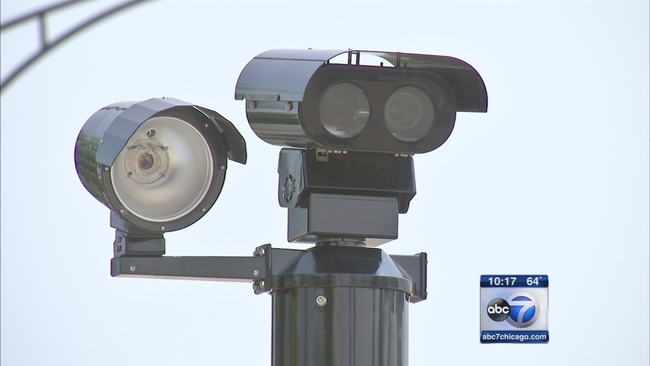 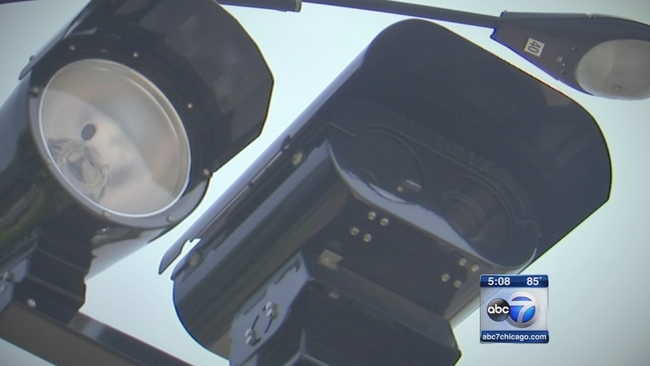 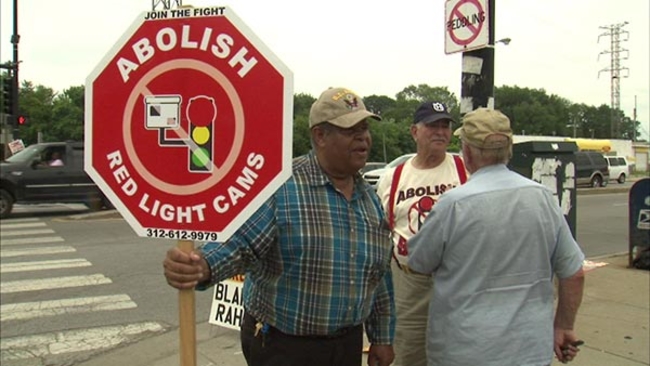