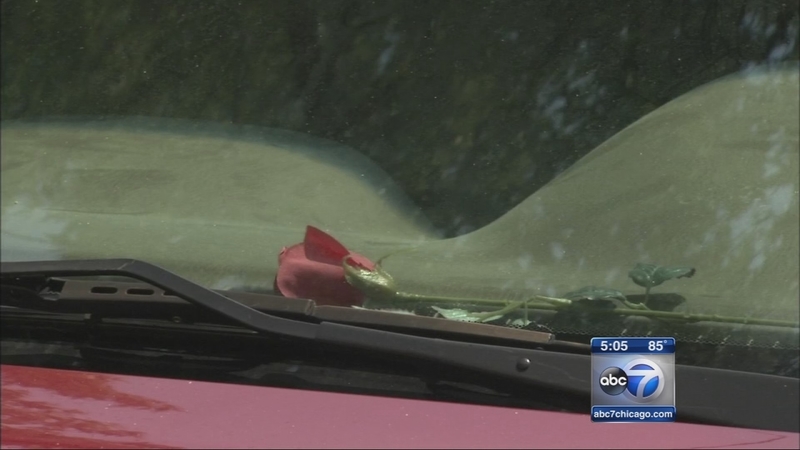 CHICAGO (WLS) -- Some Jewish residents of Peterson Park say they are being threatened in anti-Semitic leaflets left on their vehicles in the 6300-block of North Monticello. Tensions are running high as the conflict between Israel and Palestine continues, but both sides reject what happened here over the weekend.

The leaflets were discovered as families in the predominately Orthodox Jewish neighborhood were heading to Saturday services.

The leaflets, threatening violence if Israel doesn't pull out of Gaza, were tucked in the windshields of cars on the 6300-blocks of Monticello and Lawndale.

One was left on Rabbi Aaron Leibtag's car, which was parked next to a synagogue.

"It is a very difficult world and there's a lot of emotions on both sides," Rabbi Leibtag said. "It's very unnerving to see something like this."

Chicago police are investigating, assisted by the hate crimes unit. This comes amid the deadliest conflict between Israel and Gaza's Hamas in just over five years.

A pro-Palestine rally in Chicago yesterday brought out thousands of people who flooded the streets and staged a die-in outside Tribune Tower, commemorating the hundreds of Palestinians who have died in the two-week-long conflict.

Israeli diplomats say they have answered calls for a cease fire, but Hamas rejects any proposals.

The Consul General in Chicago says as long as there is a need for Israel to defend itself, it will.

As for the threatening letters, Chicago police say they have yet to identify any suspects.