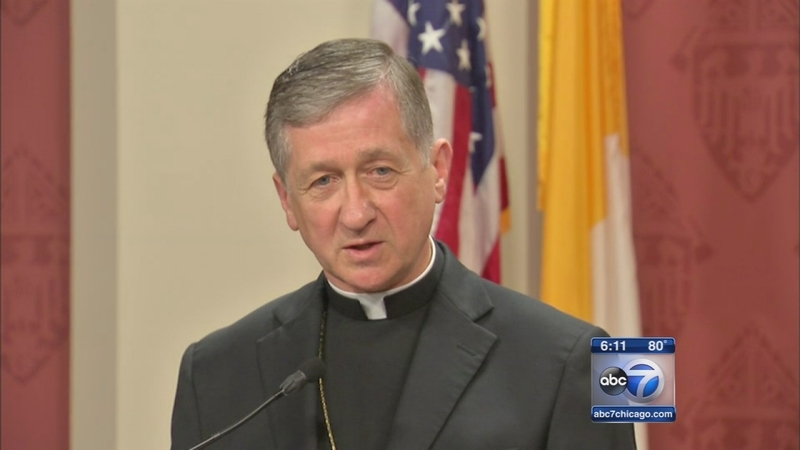 CHICAGO (WLS) -- Pope Francis arrives in America next week and Chicago's Roman Catholic Archbishop Blase Cupich is giving us an idea of what we might expect from a pope known to surprise us.

Archbishop Cupich says the Pope's mission in the United States will be to connect with ordinary people.

"What we're seeing with this Holy Father is an approach that really puts people and their circumstances of life first. He wants to make sure, as he has said before, that we really accompany people, that we are walking with them through the journey of life," the archbishop said.

Archbishop Cupich expects a major part of this upcoming papal trip to be aimed at people on the margins of society - the homeless, the poor - and in that light it is likely immigration will be a top priority for Pope Francis considering it's a major flashpoint in the 2016 presidential race. especially for candidates like Donald Trump.

"I don't think it's just one individual who has used language that is inappropriate, we have seen this in the past year or two where immigrants have been described in very demeaning terms, and my hope would be that while that might be a nice soundbite to get for a political constituency, in the long run it's demeaning to our country to be perceived that way," Archbishop Cupich said.

"The Pope has said before, he's going to leave security questions up to the people who deal with security and he's not going to worry about it, and I think that's the best we can do," the archbishop said.

Pope Francis will first visit Washington D.C., where he will meet with President Obama and address Congress.

He will then go to New York City for a speech at the U.N. before making his final stop in Philadelphia for the World Meeting of Families where he'll preside over a huge outdoor mass.