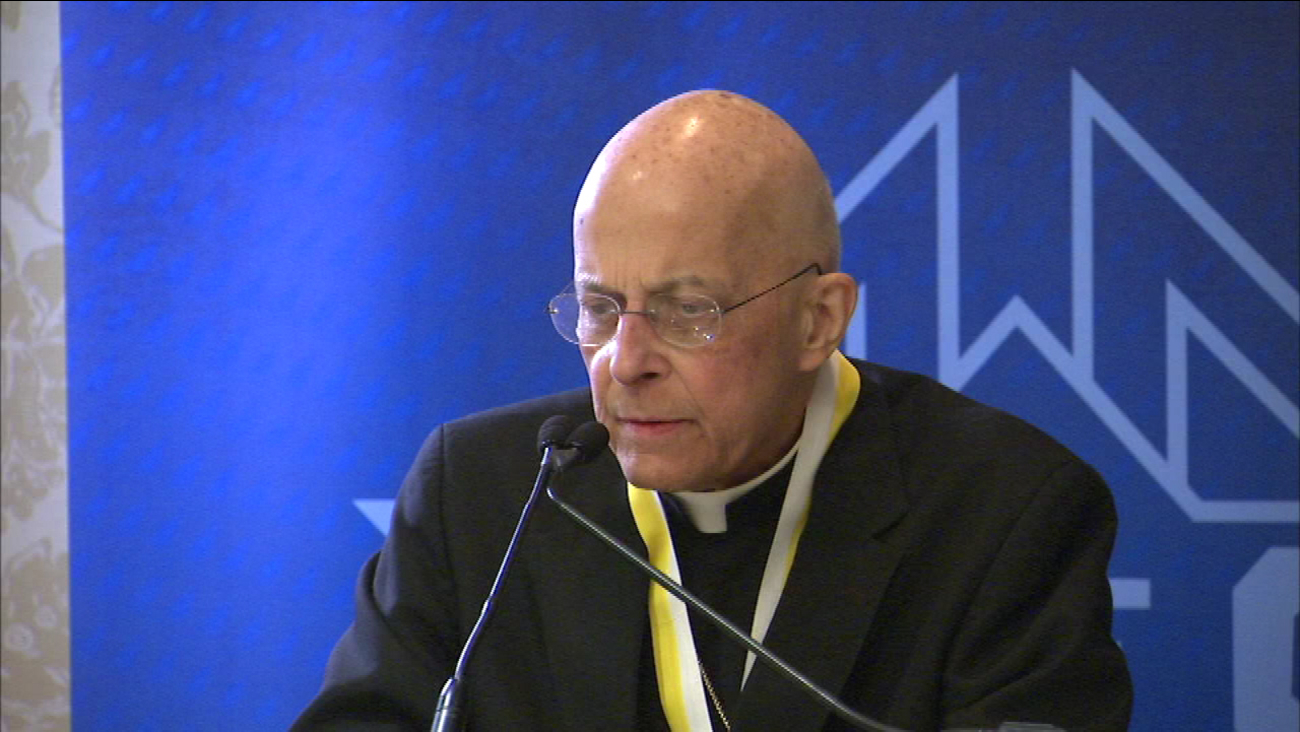 Cardinal George acknowledged Friday afternoon that doctors no longer have an answer trying to cure his cancer.

The cardinal held his first press conference since retiring as Chicago archbishop after receiving the highest honor from the Knights of Columbus, a Catholic organization.

There was a standing ovation Friday as Cardinal George received the Gaudium et Spes (Joy and Hope) Award from the Knights of Columbus. He's in lofty company with previous recipients, including the late Mother Teresa.

"This is a moment for all of us I think, to thank God and to thank one another," Cardinal George said.

And afterward, the cardinal spoke frankly about his cancer battle and what treatment options are still available.

"They've run out of tricks in the bag, if you like. The normal treatments now have been exhausted and so we have to see, there's still a few things that are helpful from a palliative point of view but basically, we're, I'm in the hands of God," said Cardinal George.

Still, the cardinal is hopeful, even though his future life plans are uncertain.

In less than two weeks, the cardinal is invited to go to Rome to attend a meeting of the College of Cardinals, meet with Pope Francis, and participate in the elevation of new cardinals, who will receive their red hats just like Cardinal George did back in 1998.
Now, because of his health, there's the question if the cardinal can make it.

"If I have enough internal stamina, and don't suffer from the weaknesses that overtake me still, then I'll go," George said.

The cardinal's award came with a $100,000 check, which he says he'll donate to Catholic Charities, to serve the poor, and to Catholic schools in the archdiocese.