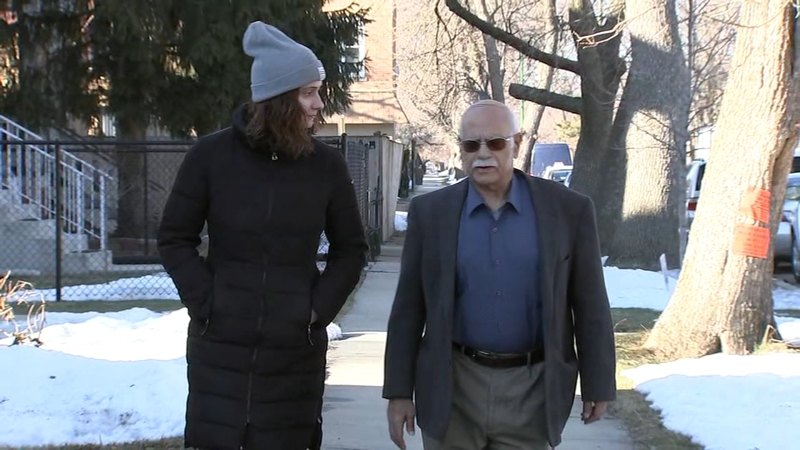 ELMWOOD PARK, Ill. (WLS) -- An Elmwood Park man has lost his life savings to scammers who trick their way into people's online accounts by gaining remote access to their computers.

These scammers are using the pandemic as a tool to prey on more people, but there are red flags that can help you spot a potential thief.

Jamil Qandah is devastated by what these scammers took.

Jamil and his daughter Heidi lost almost $200,000 to the remote access scam.

"It's affecting me so much, for example, I had things to do in my house I couldn't do any more," he said.

"I'm kind of almost get a little teary eyed over here just kind of thinking about it, because it, it changed everything. You know his whole life savings was taken from him," Heidi said.

So how did this happen? Quandah has Avast Antivirus software. He got a call from a scammer posing as an employee of Avast.
"The person called me they said 'Because of the coronavirus, we cannot continue serving you. And therefore, we would like to refund you $500'," Jamil recalled.

He said the scammers ended up "refunding" thousands of dollars into his accounts, which they needed back, so the thieves convinced him to allow remote access. From there, they wiped out his money and sent it to a bank in Bangkok.

The I-Team talked to tech security experts at the real Avast Antivirus software, who said they never reach out to customers with stories about "refunds" and not being able to service accounts.

"What scammers will do is they just cycled through calling people, and they'll pick a well-known name or recognized name that they believe people will trust and recognize," said Christoper Budd, senior threat manager at Avast.

Budd said you should be skeptical of anyone who reaches out to you.

"If you if you start with that, you can cut almost cut these off at the knees because all of these scams, regardless of the technology they're using to reach out to you, they all start with the same basic premise which is, they're coming to you," he said.

"I don't want open up my computer to a random tech even if I know they work for the company," he said.

Quandah and his daughter said their bank, Bank of America, doesn't cover the loss as a fraud claim. A Bank of America spokesperson said the situation is "unfortunate," and added its website warns people about sharing personal information and tells customers how to protect devices related to these scams.

They also said "...in cases like this, we will reach out to the receiving bank to try to recoup the money."

Unfortunately, in this case, the scammers had already withdrawn the money from the receiving account.

"It was withdrawn and other people's names should show then, you know he's not responsible'" Heidi said.
Last year the FBI received 15,421 complaints about tech support type fraud, reporting $146 million in losses, a 171% increase over the previous year

"A lot of times once the money is gone, it's been transferred, converted and transferred again," Sigler said.

The Quandahs reported the crime to the FBI's Internet Crime Complaint Center, but so far they have had no luck on recovering the funds.

To protect yourself, you should set-up text alerts on bank accounts. If there are strange, large withdrawals you can report them immediately to your bank and the FBI.