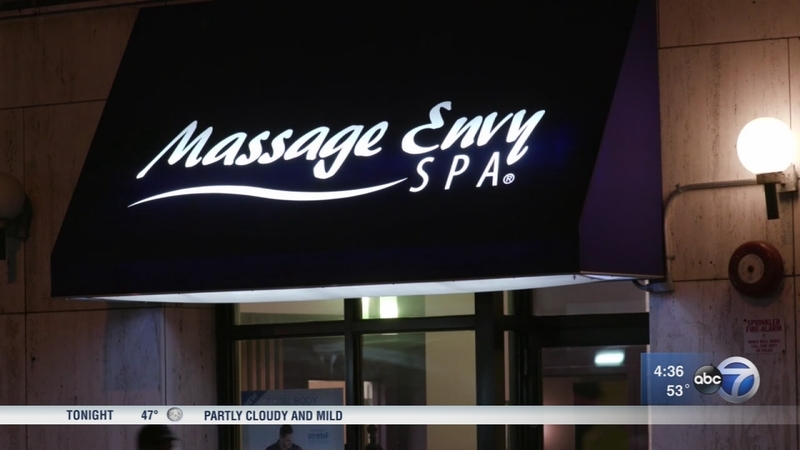 CHICAGO (WLS) -- The largest massage franchise in the country is facing dozens of accusations of sexual misconduct.

Massage Envy has nearly 1,200 spas nationwide, more than 20,000 massage therapists and more than $1.3 billion in annual sales now faces complaints of sexual assault at its franchises, as well as scrutiny about how it has handled the allegations.

Tara Woodley filed a lawsuit against the company after she said she was assaulted by a massage therapist in September. According to BuzzFeed, Massage Envy and its franchisees mishandled or ignored more than 180 cases.

Susan Ingram is also suing the company. She said she was assaulted in 2016 during her seventh massage with therapist James Deiter. Deiter is now in jail after pleading guilty to assaulting nine women while working at a Massage Envy.

According to Buzzfeed, Massage Envy claims in court documents that it is not liable for sexual assault at its franchised spas. The company told ABC News, "Each of these incidents is too many... We are constantly listening, learning and looking at how we can do more... including how we support franchised locations with best practices in handling these incidents and supporting their clients."

In many states, a massage facility is not legally required to report sexual assault claims made on their premises to authorities.