California man charged with smuggling hundreds of reptiles from Mexico, Hong Kong into US 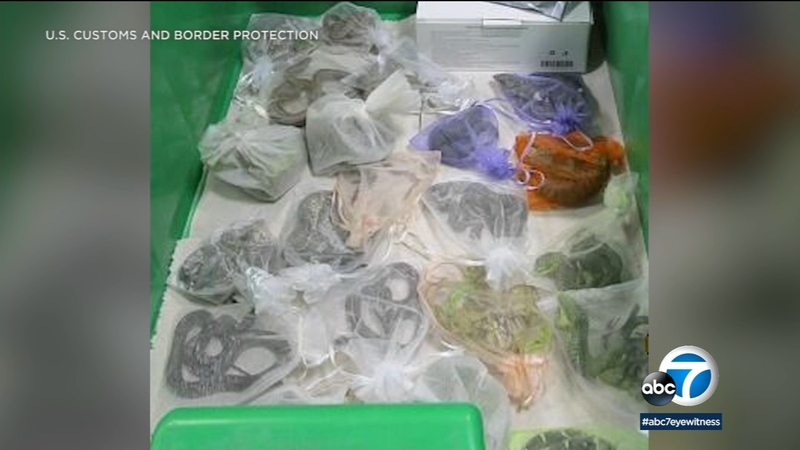 LOS ANGELES -- A California man has been charged with smuggling more than a thousand reptiles, some endangered, into the United States.

Jose Manuel Perez, 30, also known as "Julio Rodriguez," was charged with one count of conspiracy, nine counts of smuggling goods into the United States and two counts of wildlife trafficking, according to a statement from the Department of Justice.

Perez was taken into custody when he allegedly attempted to cross the U.S.-Mexico border in February, with approximately 60 reptiles hidden in his clothes, authorities said.

Authorities said Perez first denied he had anything to declare at the border, then said the animals were his pets.

In total, Perez illegally imported more than 1,700 animals with a total value "exceeding $739,000," according to the indictment, which was reviewed by CNN.

Perez is expected to be arraigned March 28, according to the Department of Justice. His attorney, Jack Notar, told CNN he had no comment at this time.

Indictment: Animals sold to customers across the country

The indictment alleges from 2016 to at least 2021, Perez, along with his sister, Stephany, and at least five co-conspirators in the U.S. and Mexico, illegally smuggled and sold reptiles, some of which were caught in the wild in Mexico, and some of which were imported all the way from Hong Kong. From Perez's home, first in Missouri, and later in California, the animals were then allegedly shipped to customers across the country.

The indictment also alleges Perez wrote posts on his social media accounts publicly bragging about capturing wild reptiles while on trips to Mexico. The two siblings allegedly used social media to advertise the reptiles for sale and communicate with buyers.

The Convention on International Trade in Endangered Species of Wild Fauna and Flora (CITES), an international treaty designed to ensure the trade of exotic animals does not threaten their survival in the wild, protects more than 35,000 species of animals and plants. In the U.S., CITES is implemented through the Endangered Species Act, which requires special "foreign export permits" for certain species.