NORWOOD PARK, Ill. (WLS) -- A driver was rescued from her burning car by a Good Samaritan on the city's West Side Sunday afternoon, fire officials said. 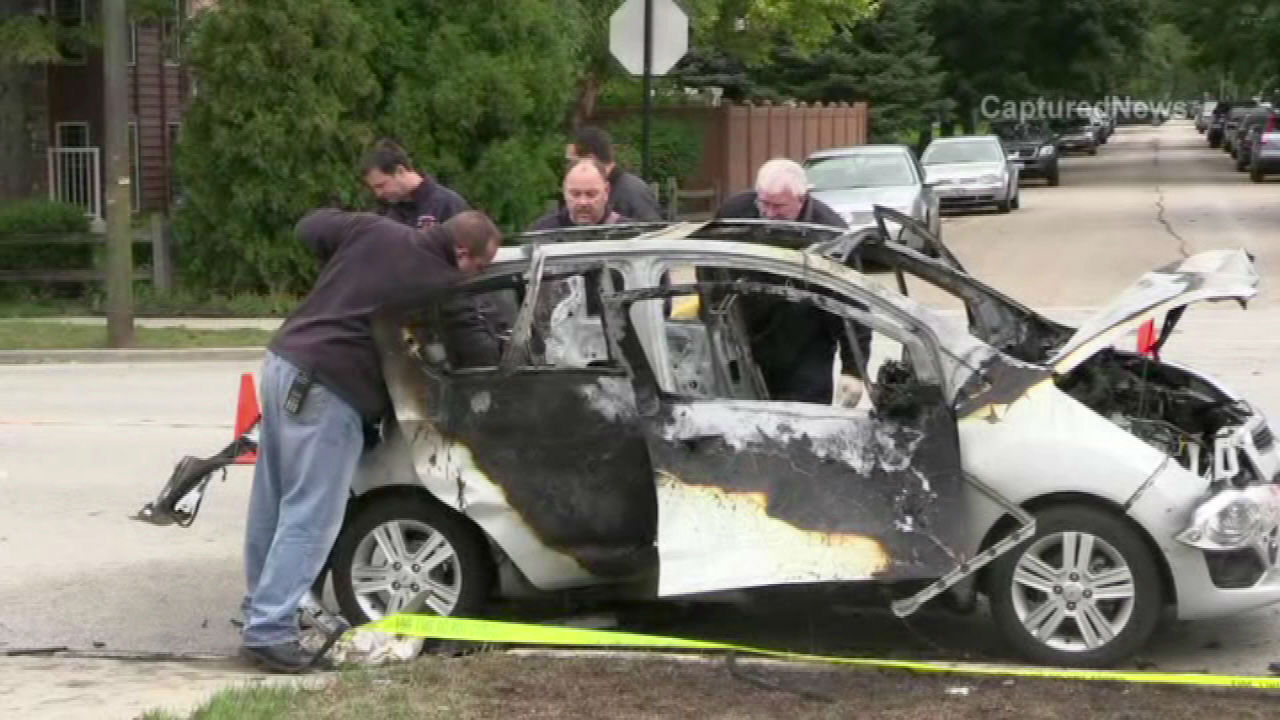 The injured driver was brought to Resurrection Hospital. Witnesses said she may not be alive if not for the actions of a quick thinking passer-by.

Norwood Park resident David Lehman said he witnessed the real life hero at work after the Good Samaritan pulled a woman from her burning car just before it exploded.

"I was wondering what happened, I thought it was like a gas leak or something like that," Lehman said. "It rocked the whole house."

Witnesses say a female driver on her way to church somehow lost control of her car around noon Sunday and rear-ended a car parked in the 5500-block of North Canfield. The vehicle caught fire with the woman in it.

A man identifying himself only as Tony, who was in the area visiting friends, saw the crash and stopped to help.

Lehman recorded the Good Samaritan's thoughts on his cell phone after Tony, and ex-Marine, pulled the senior citizen to safety and shielded her from the subsequent explosion, which blew the roof of the car off and into a backyard.

"Bad accident, trying to help the woman, got her out, everything's good," Tony said. "An explosion in the car, oxygen tanks in there."

The driver was taken to the hospital suffering from burns, cuts and bruises as the Good Samaritan remained humble about his actions which left a neighborhood in awe.

"I thought, 'this guy needs a medal,'" Lehman said.