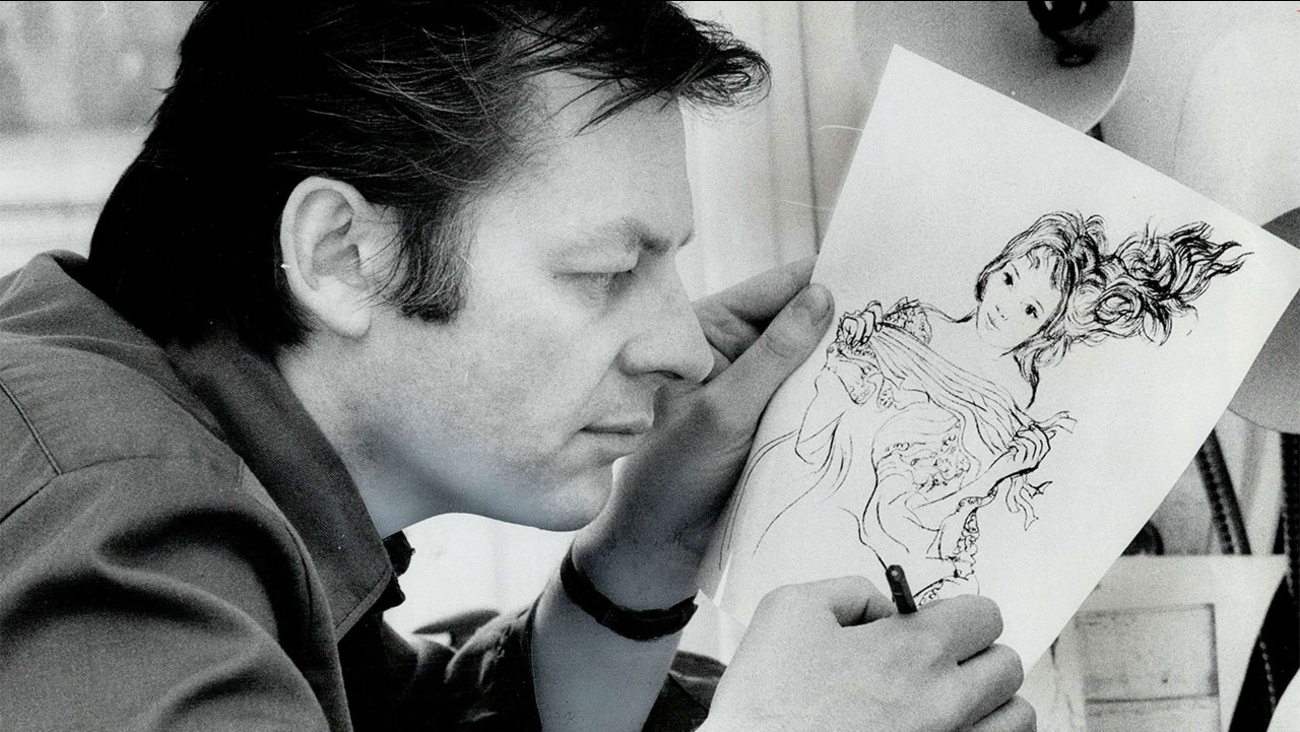 LONDON -- Richard Williams, a Canadian-British animator whose work on the bouncing cartoon bunny in "Who Framed Roger Rabbit" helped blur the boundaries between the animated world and our own, has died. He was 86 years old.

The Oscar-winning artist died from cancer at his home in Bristol, England, on Friday, his daughter Natasha Sutton Williams said Saturday.

Williams' career straddled the "Golden Age of Animation," which petered out between the 1950s and 1960s, and the rise of computer-assisted animation in the 1990s and beyond.

His best-known work may be as director of animation for "Who Framed Roger Rabbit," a 1988 film that married live action cinema and cartoons from all eras, a process involved the laborious insertion of animated characters into each individual frame and complex lighting effects. The result - a madcap and slightly dark comedy where "toons" and humans interact seamlessly against a live action film noir background - was commercial and critical hit and helped revitalize Disney's flagging animation department.

Famed film critic Roger Ebert declared the movie "a breakthrough in craftsmanship," but Williams gave a more self-deprecating account, joking to an audience in 2013 that all it took was for the director, Robert Zemeckis, to leave enough room in each shot for the cartoon characters and for the animators to whack them into each frame very, very quickly.

"I used to stand at my door every once in a while and yell, 'DRAW FASTER!'" he said.

Williams was born in Toronto in 1933 to a pair of commercial artists, and his stepfather worked on the business side of the commercial art world, his daughter, Sutton Williams, said in a telephone interview.

She said her father's interest in animation was piqued when he saw Disney's "Snow White and the Seven Dwarfs" as a 5-year-old. He won critical acclaim with his first film, a no-dialogue short called "The Little Island " in 1958 and he won his first Oscar for an animated version of "A Christmas Carol " in 1971. Two more Oscars would follow for "Who Framed Roger Rabbit." Williams was part of a team that took home the Oscar for visual effects for the film, and he also won a special achievement award for animation direction at the 1989 Academy Awards.

Sutton Williams said her father's best-selling book, "The Animator's Survival Kit," was a distillation of decades' worth of experience and is still "essentially the bible that every single animator has around the world."

Her father "was still animating and writing till the day he died," she said.

Williams is survived by his wife and longtime collaborator, Imogen Sutton, their two children, and four children from two previous marriages.