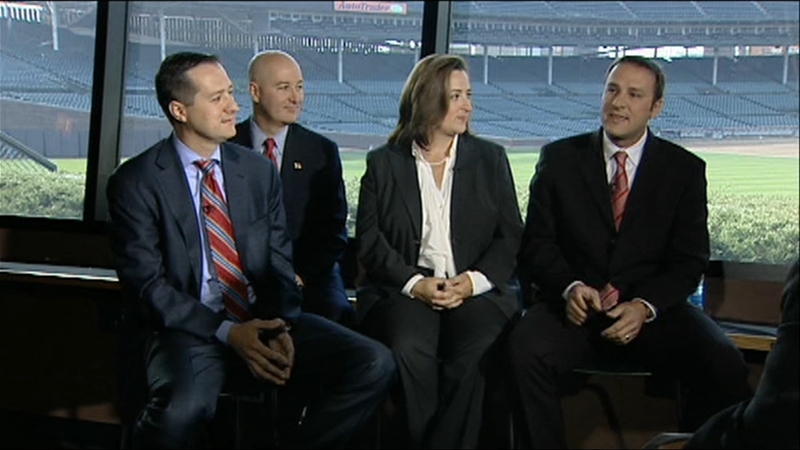 CHICAGO (WLS) -- The Ricketts family's bid to buy Premier League club Chelsea is facing backlash in England, where racist comments Joe Ricketts made years ago - comments he apologized for - are resurfacing.

So I’ve seen and heard enough. I’m backing @ChelseaSTrust and saying a big fat anti racism NO to the Ricketts bid!! Please can you stop even mentioning it @SkySportsNews @GregHands #NoToRicketts

The Ricketts have reportedly traveled to London this week and released this statement to ABC 7 Chicago, saying in part: "Our family rejects any form of hate in the strongest possible terms. Racism and Islamophobia have no place whatsoever in our society. We have developed deep and abiding partnerships with the Muslim community in Chicago, as well as with all communities of colour."

Ahmed Rehab, executive director of CAIR Chicago, backs the Ricketts bid to buy Chelsea. He emphasizes that Joe Ricketts made those comments.

"His son and Cubs chairman, Tom Ricketts, did not," Rehab said.

In fact, Rehab says Tom Ricketts met with him and other Muslim leaders in Chicago years ago.

"My faith teaches me to stand up against bullying and racism, that's why we came after Joe Ricketts," Rehab said. "But my faith also teaches me to stand up for justice and fairness, that's why we are not coming after Tom. Tom did not make those statements. Tom showed leadership for diversity and inclusion against Islamophobia, against anti-Muslim behavior that he's now being accused of is just not fair."